'Snowblower hysteria' with possible 9 cm on the way for Ottawa 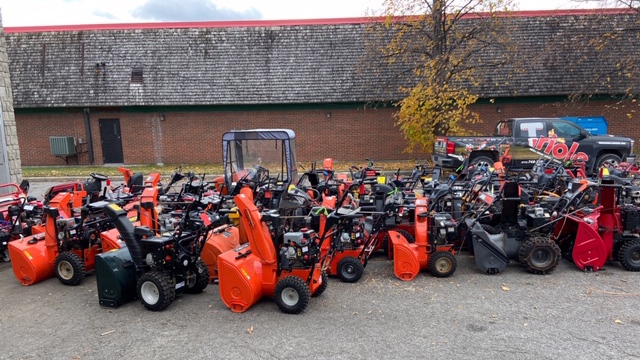 Long line of snow blowers waiting for maintenance ahead of the season.

“We’re getting more calls ‘Where is my machine? I need my machine’”, says Steve Poirier.

He says people don’t pay attention until the weather turns cold.  And by Thursday night, nine centimetres may have fallen.

But CTV Ottawa’s JJ Clarke says the procrastinators might have dodged a bullet. “Nine centimetres will fall but almost all of it will melt. The temperature of the ground is above zero”, says Clarke.

As for people who have not brought their machines in for maintenance yet, they’re facing a long wait at Triole.