Pilots did not see other aircraft prior to mid-air collision over Ottawa River: TSB 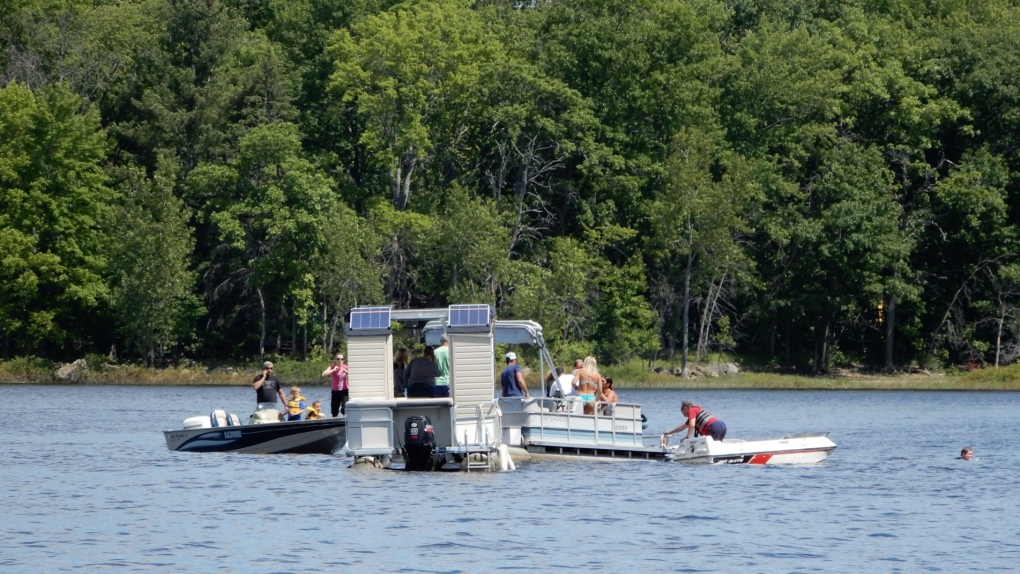 Emergency crews respond after a plane crashed into the Ottawa River near Constance Bay on Sunday. (Photo courtesy: Marc Hallam)

OTTAWA -- The Transportation Safety Board concludes the risk of a mid-air collision over Constance Bay last spring could have been "significantly reduced" if the pilots were not relying on their eyes only during the flight.

In its final report, the agency says the pilots involved in the crash over the Ottawa River did not see each other prior to the crash since they were using a "see-and-avoid" approach to flying.

On June 14, a Champion floatplane and a Cessna collided over the Ottawa River near Buckham's Bay, damaging both aircraft.

The Champion floatplane crashed into the Ottawa River and overturned. The pilot was rescued by nearby boaters and was treated for minor injuries. The Cessna landed safely at the Arnprior Airport with damage to the propeller, nose wheel fairing and engine cowl.

In its report on the crash, the Transportation Safety Board said both pilots were flying under visual flight rules, meaning pilots have the sole responsibility for seeing and avoiding other aircraft.

"The see-and-avoid principle is the basic method of collision avoidance for VFR flights that is based on active screening, and the ability to detect conflicting aircraft and take appropriate measures to avoid them," said the TSB.

Both aircraft were not equipped with any type of aircraft collision avoidance system, nor was it required by regulation for the flights.

"Neither pilot saw the other aircraft prior to the mid-air collision, partly owing to the inherent limitations of the see-and-avoid principle. Relying solely on visual detection increases the risk of collision while in uncontrolled airspace," said the TSB.

"Pilots are strongly encouraged to broadcast their intentions and maintain a listening watch while operating in uncontrolled airspace in accordance with Transport Canada’s VFR communications procedures, even though it is not mandatory for them to do so."

The Transportation Safety Board notes there are a number of airborne collision avoidance systems available.

"These technologies offer the potential to significantly reduce the risk of mid-air collisions."