Ollie sees a thief: Brockville, Ont. woman vows to listen to parrot that alerted her to break-in

BROCKVILLE, ONT. -- When Barbara Engel's 18-year-old parrot, Oliver, spoke up earlier this week, she didn't think much of it.

"I was in the basement and Oliver was sitting in his room and I heard him saying 'Hello, hello', and I thought that's strange, he doesn't usually talk unless there's somebody else around," Engel said.

So, she ignored him, chalking it up to someone passing by on the street.

"I thought it was just my neighbour's son going by and he does like to talk to him sometimes," said Engel. 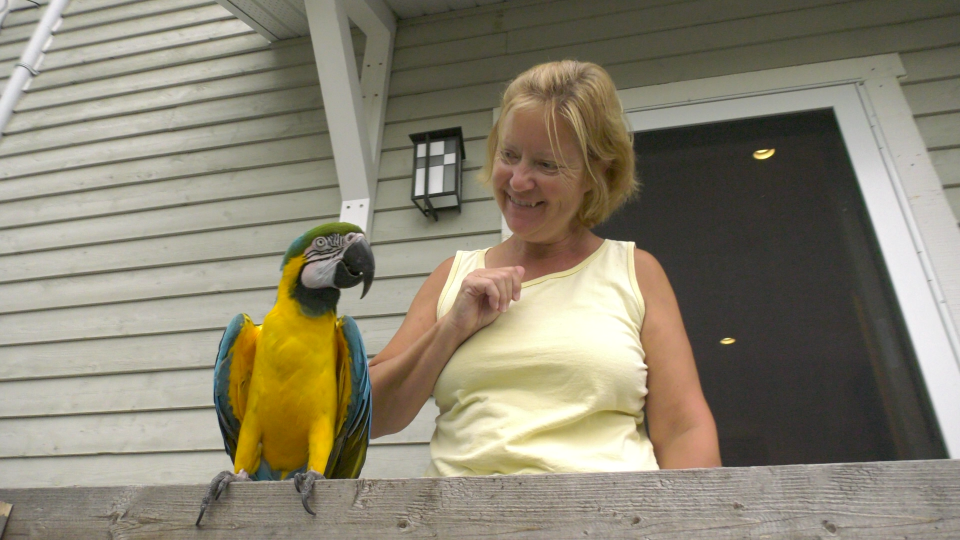 However, when she returned upstairs, she knew something was not right.

"I noticed that my purse was in an awkward position so I checked it over and that's when I noticed someone had stolen from me," she said.

A thief had quickly entered through a screen door, taking cash, credit cards and a cell phone.

"I made sure Ollie was okay because that would be devastating for me if something happened to him. Then, my neighbours came over and said they'd been watching a suspicious person and took a picture so we know who it is," Engel said.

Engel called police and with the help of the photo, a suspect was caught later that evening. 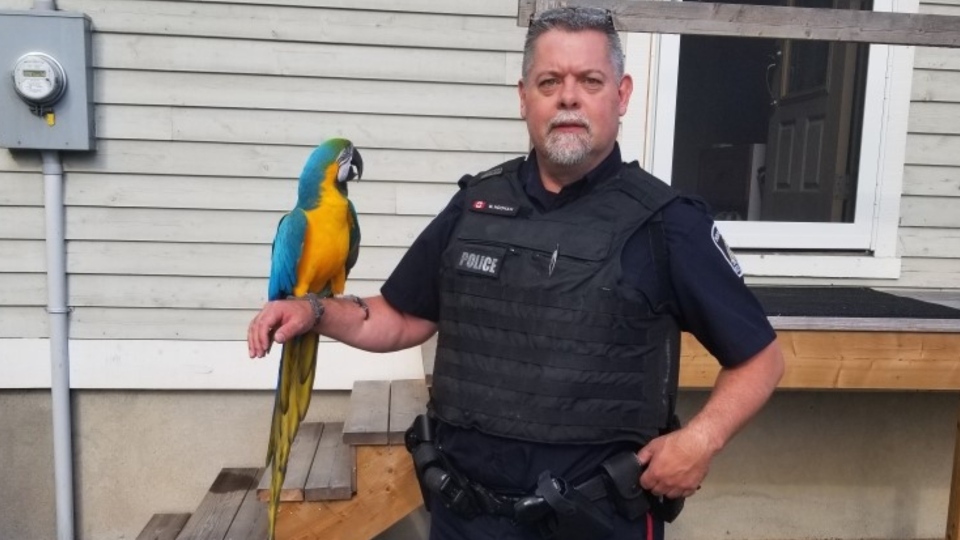 This is not the first time Brockville police have had to deal with a parrot on a call.

"I don't know what it is, we can't get away from parrots in this town," laughed staff sergeant Andrew Harvie from the Brockville Police Service.

"About five years ago, there was an officer banging on the side of a door and he was greeted by a parrot. The officer kept saying 'Police!' at the door and the parrot would answer 'Who is it!?" It went on for about four or five minutes until he realized he was talking to a parrot," Harvie said.

"The other time, there was a parrot calling for help through an intercom in an apartment building. The officers actually broke down the door and forced their way in thinking somebody was in need inside, and in an emergency, but they found it was a parrot," Harvie said with a smile. "In the end we had to replace the door because of the parrot."

When asked if Brockville police will now have to take special parrot training, he laughed

"I hope not! I hope we don't see anymore parrots in town but there's quite a few apparently." 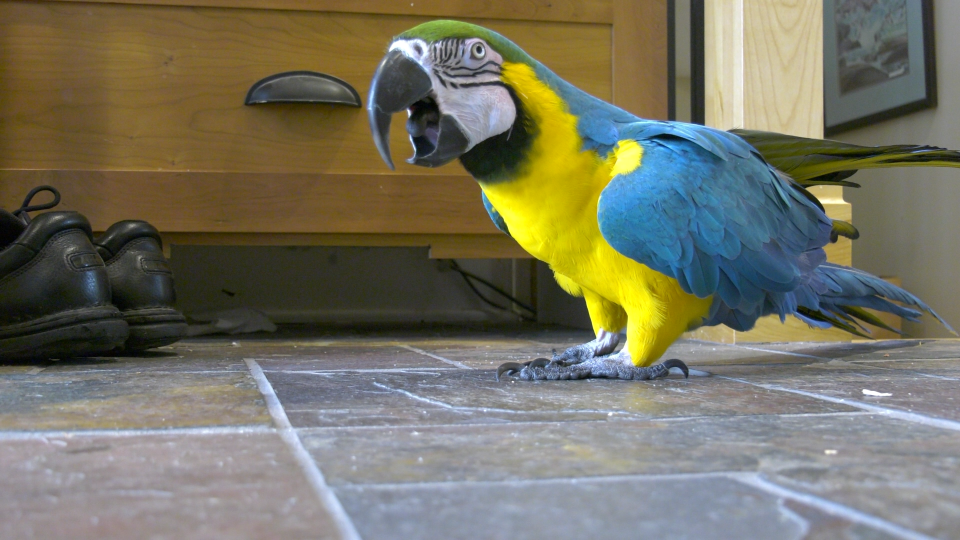 Engel says she is happy her bird was uninjured and praised her quick thinking neighbours.

"We all keep an eye on each other because it's a small neighbourhood and if they hadn't been thinking and taking his picture, we wouldn't have had something to go by," she said.

She also noted the thief is lucky he left the bird alone.

"I guess the takeaway from me is that my neighbours have my back and I am grateful to them and it's nice to have reliable neighbours. And thank you, Oliver, for alerting me and I should have gone upstairs right away," she said.

When asked if she will listen to him more often now, she smiled. 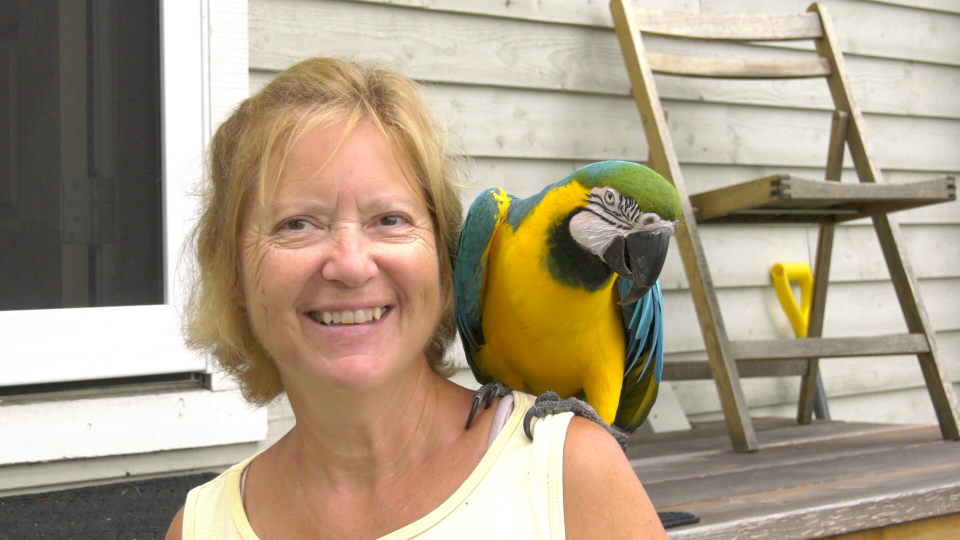 "Yes, I guess I'd better!" she answered, laughing.

"Maybe we'll have to train him to say, 'get down on the ground' instead."