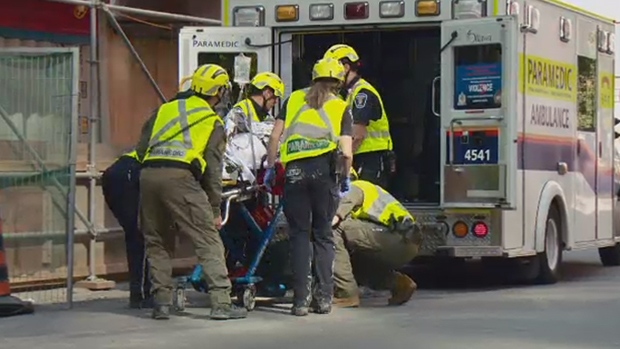 Ottawa police are conducting a criminal investigation after a worker was injured at a construction site Wednesday.

The 28-year-old man was said to be working inside an elevator shaft at the unfinished condominium on Gloucester Street when he was struck by a fire extinguisher.

On Wednesday, it was suggested the extinguisher fell on the worker; however, legal representation for developer Claridge Homes is alleging it was no accident.

“I am confirming that is the case,” said Michael Edelson on Friday.

The serious allegations could come with major charges if police feel there is enough evidence to hold someone responsible for the crime. Intent to cause bodily harm or even death captures the severity of what is being looked at.

The latest update from Ottawa Paramedics is that the worker is in stable condition.

While police are investigating, the Ministry of Labour is taking the lead on the case.

The construction site is at the corner of Gloucester and Metcalfe in Ottawa’s Centretown neighbourhood.