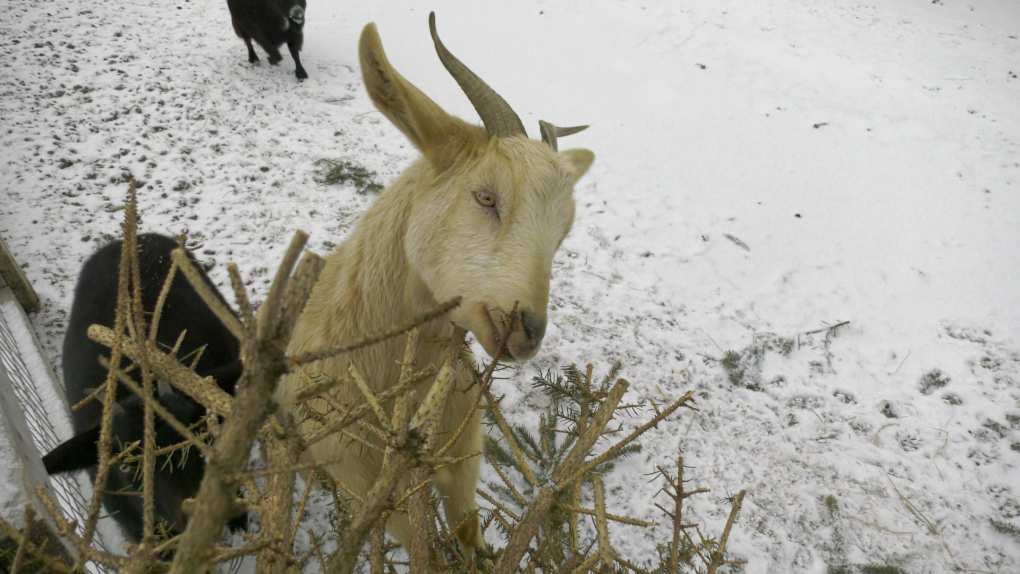 OTTAWA -- A goat farm and zoo in Winchester, Ont. says they now have enough used Christmas trees to feed their livestock and are urging people to stop bringing them.

Vanderlaand the Barnyard Zoo was featured on CTV Ottawa in late December. The zoo has been taking old Christmas trees and feeding them to their goats for the past five years. Typically, they receive about 200 used Christmas trees after the holidays but, this year, they've found themselves buried under a pile of evergreen needles.

"Yes, we are very appreciative of all the trees but we DON'T NEED ANYMORE TREES," a post on the zoo's Facebook page said. "We don’t mind the work for the trees that we can use but too much of a good thing isn’t a good thing."

Usually, the farm would allow specific times to drop off trees but because of the COVID-19 pandemic they have been letting people drop them off anytime during the day at the end of their driveway or along the goat pen.

They're not kidding around when they say they have more than enough trees.

"I posted last week that we had more than enough trees and still another 100+ trees came," the Facebook post said.

Vanderlaand recommends checking with other farms in the region to see if they are taking old Christmas trees.

With files from CTV's Nate Vandermeer.

Sad to say we don’t want anymore trees. I posted last week that we had more than enough trees and still another 100+...