Thousands of truckers from across the country are gathering momentum and support for their convoy, calling for their freedoms to return.

The group called Canada Unity is calling for an end to the vaccine mandate for truckers crossing the Canada-United States border.

They are also calling for an end to vaccine passports, all fines related to COVID violations, and for employees terminated because of vaccine policies to be reinstated.

Multiple convoys from all corners of the country are expected to come together on Parliament Hill on Saturday. On Tuesday, the western Canada convoy travelled from Regina, Sask., to Kenora, Ont.

On Friday, hundreds of trucks are expected to descend on Arnprior at the Antrim Truck Stop before the final push to Ottawa.

"This business was built on trucking, how could I not support the trucking industry?" says Tom Orr, owner of the Antrim Truck Stop. "Do I believe there's bigger issues than the vaccination, with this much support? There's a lots of things that could have been done with this much support."

On Tuesday, Orr met with local police to discuss security options for when the mass gathering arrives, but is expecting to have to handle the crowds on his own.

Orr says Antrim will do everything it can to accommodate those that arrive with the convoy, but is asking for respect towards the property, its rules, and the COVID-19 guidelines in place.

"We got a little flack because we weren't opening the restaurant and just having a free-for-all," Orr tells CTV News. "We can't do that. We have to follow the guidelines. Right now it's 10 people in a gathering and we're being held to that. I don't know how we can control that." 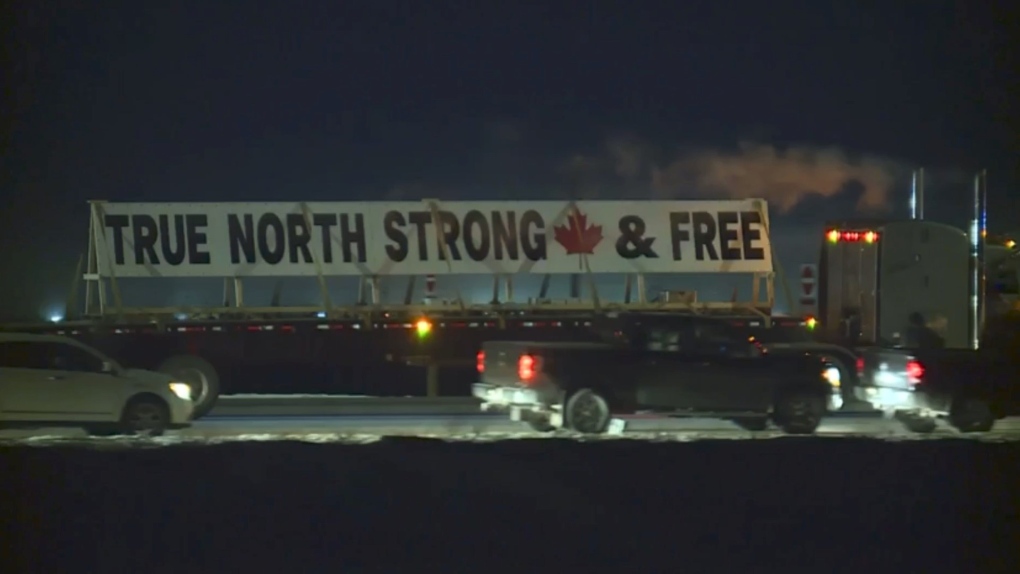 Harple says he is double vaccinated and has had no problem making deliveries to the United States.

The Canadian Trucking Alliance says that trucker vaccination rates are in line with those of the general public. In a statement on Tuesday, the CTA wrote:

"The Government of Canada and the Canadian Trucking Alliance both agree that vaccination, used in combination with preventative public health measures, is the most effective tool to reduce the risk of COVID-19 for Canadians, and to protect public health."

In the lead-up to Friday and with room for only 150 trucks, Orr is reaching out to any open lots that may have space for members of the convoy.

"I support them and I hope that something happens as long as it's peaceful and everyone is safe."