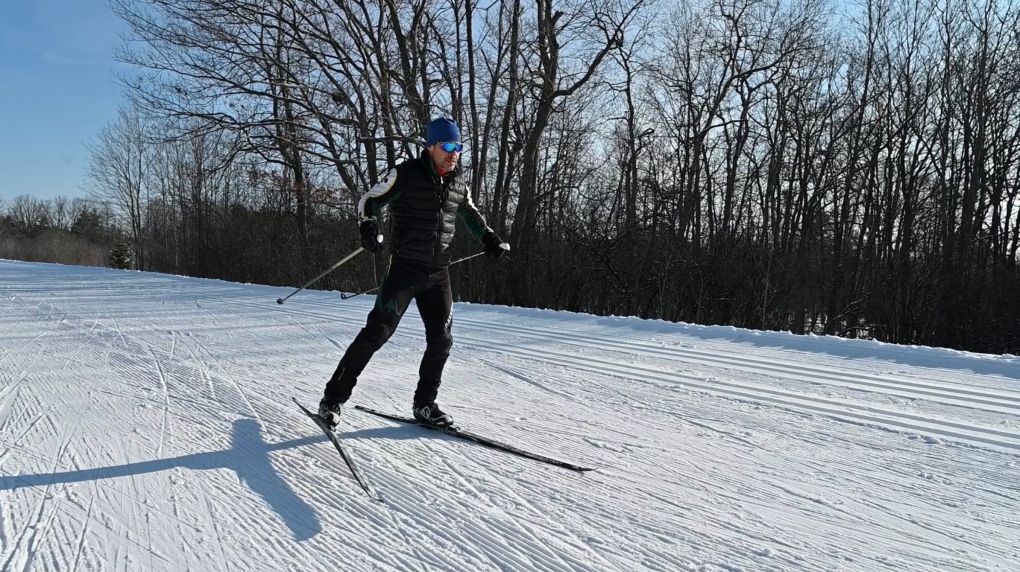 Steven Paradine 'skate-skiing' on one of the many groomed trails in Gatineau Park. Paradine skied every groomed trail in the Park—covering 207 kilometres in 22 hours and 20 minutes. (Joel Haslam/CTV News Ottawa)

When it comes to outdoor escapes, Gatineau Park is a favourite for local adventurers.

“It’s an incredible playground,” he says. “Many people are world-class Olympians and explorers who choose to live in the Ottawa-Gatineau area.”

Paradine’s been coming to the park since he was a kid.

“I was probably about six years old,” he says.

And since that age, he’s been inexplicably driven.

“There was a ‘Miles for Millions’ which was a walk-a-thon in Ottawa. That was one of the biggest fundraisers. I think it was about 56 kilometres and I walked it when I was six years old,” says Paradine.

“I just have this mindset of wanting to push and go long.”

It’s a mindset that drove Paradine’s most recent adventure.

“You don’t know if you can do something until you try it.”

Paradine set out for a cross-country ski on the groomed trails of Gatineau Park. 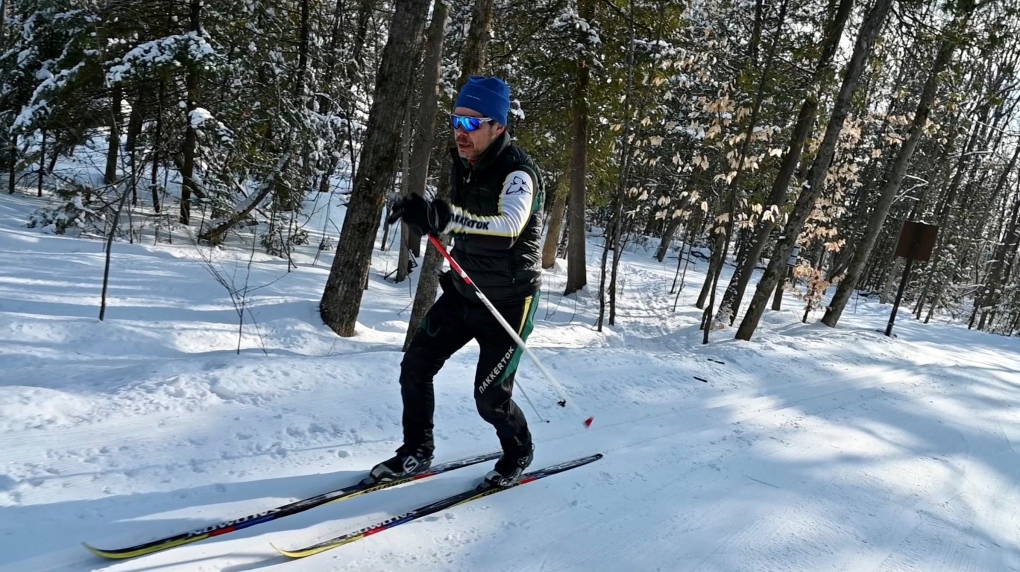 “That was basically my goal. To ski every single section of trail over whatever period of time it would take me,” says the 53-year-old.

Paradine would skate-ski the upper section of the trails, and ski in the classic style for the remainder, covering more than 200 kilometres.

It may seem a daunting challenge to most, but that’s the way Paradine likes it.

“It’s nice to have the combination of something that’s a little bit daunting, but also exciting. You want to have butterflies in your stomach for it because that means it means something to you,” he says.

Paradine began his ski adventure on a chilly -15 C February morning. He made brief pit stops to eat, drink, warm up and change his clothes.

He says his girlfriend, Patricia, was critical to the success of his journey. She met Paradine in a series of Gatineau Park parking lots with supplies and offer support. 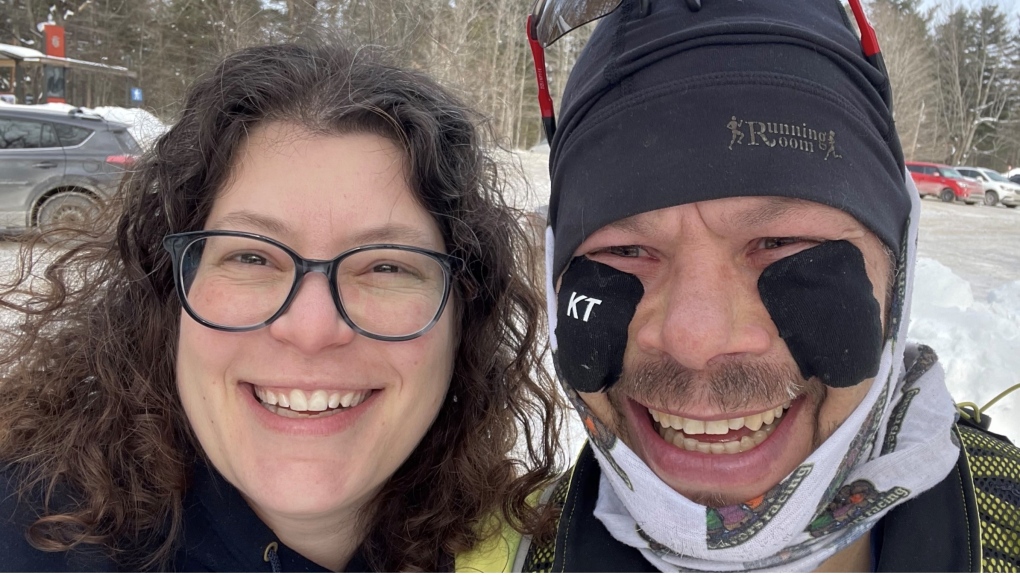 Steven Paradine with his girlfriend, Patricia, who provided supplies and support in Gatineau Park parking lots during his 207 kilometre journey. (Supplied)

Friends also greeted him along the way, filling his cup with coffee and encouragement.

Other close friends and fellow athletes skied long stretches beside Paradine, helping him push through the pain.

“When doing most of these things, there are going to be times when it sucks and when things aren’t going right,” Paradine says.

“Your leg is cramping up, your stomach feels really horrible, so you have to have some meaning that you want to keep going and complete it.”

And around 4 a.m., more than 200 kilometres after he began, Paradine completed his challenge. 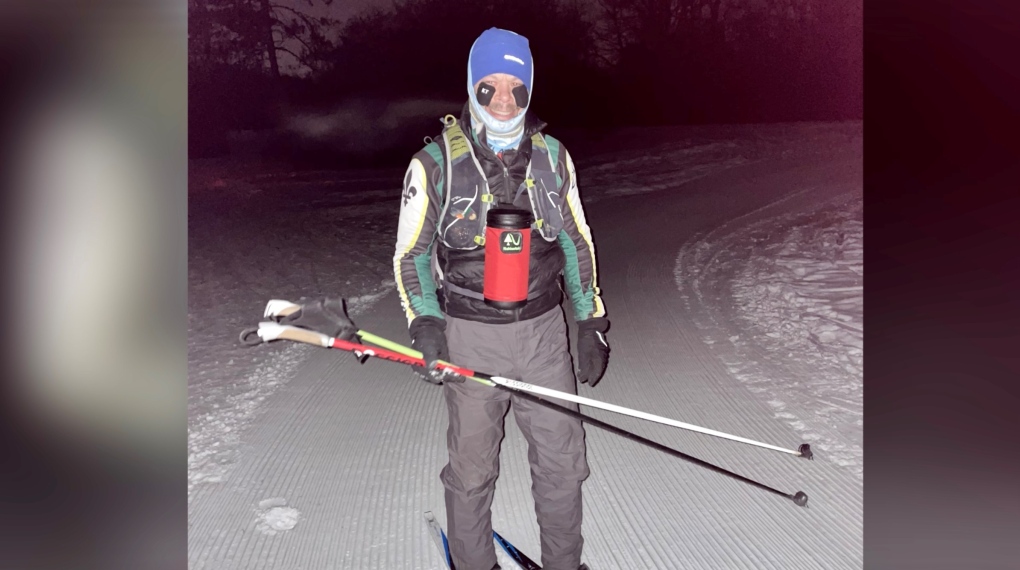 Steven Paradine skied for more than 22 hours to complete his 207 kilometre journey. (Supplied)

Paradine still remembers the feeling of gliding down his final hill.

“I thought wow, I’ve done this. It took me a lot longer than I thought it would take but I finished it,” he says with a wide grin.

However, Paradine is not finished with long-distance, outdoor challenges. He’s now training for an ultramarathon in British Columbia.

“It’s a hundred miler going up Whistler Blackcomb with about nine and a half thousand metres of elevation gain. So, I have to start training for that and getting the legs strong enough to go that distance,” he said. 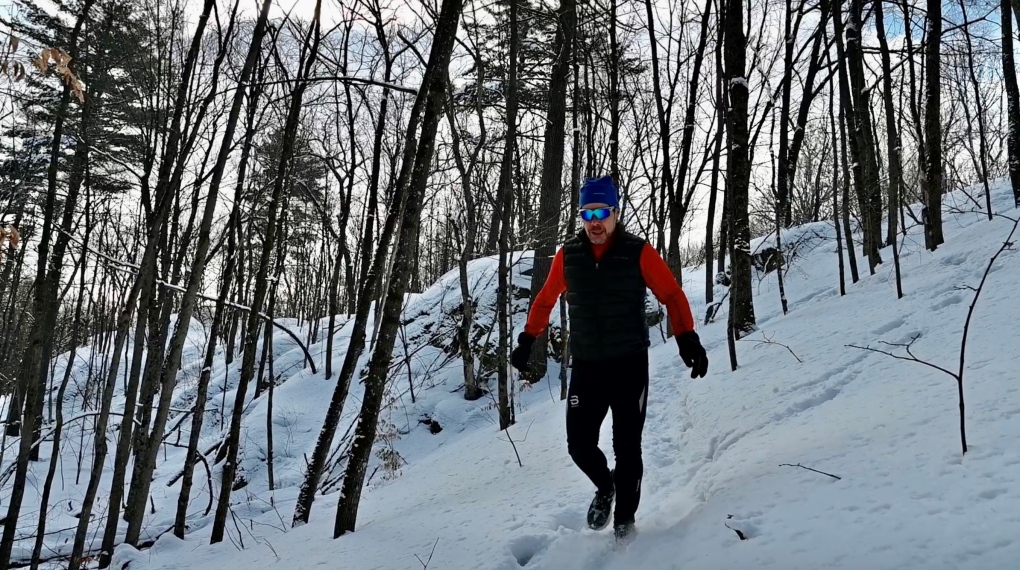 Paradine hopes his journeys will inspire others to discover one for themselves.

“It’s finding what appeals to you and gets you out there doing things.”

Rwanda to Germany: Canada to elevate small Commonwealth nations' concerns at the G7

Foreign Affairs Minister Melanie Joly says Canada will be bringing the concerns of smaller Commonwealth nations to the G7 leaders in Germany Sunday, particularly the growing threat of famine.

The family of Chelsea Cardno says the body found on flooded farmland adjacent to Mission Creek Friday night has been identified as the missing Kelowna woman.

Norway shaken by attack that kills 2 during Pride festival