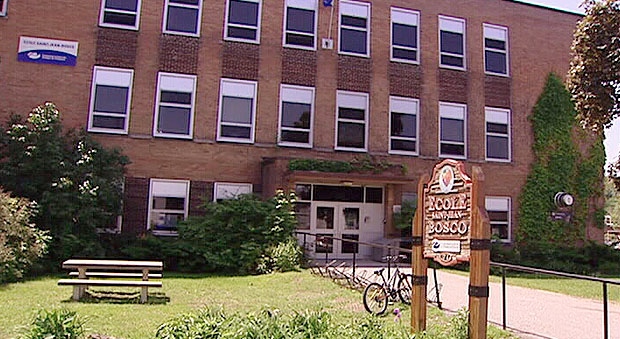 Saint-Jean-Bosco school in Gatineau where a mom alleges her 6-year-old son was locked in a dark room for an hour.

A Gatineau mother says her 6-year-old son who has Attention Deficit Hyperactivity Disorder (ADHD) was locked in a dark room at school for an hour. She took a cell-phone video of the room and posted it to You Tube. The school board is conducting a review of what happened.

The 18 second video shows a small room with a mat on the floor.  Along with the video on You Tube the child's mother posted a statement in French, it says...

"Watch the video and imagine getting a call from the school asking you to pick up your child, and arriving an hour later to your child in a panic locked in the dark room!!!"

It's alleged that this all happened last Friday at Saint-Jean-Bosco school in Gatineau.

Today parents were registering their children to start Kindergarten this fall.

Lynn Potvin has a 10 year old who attends the school. "I was pretty shocked actually. I wasn't aware that there was such a room in the school.”

Another parent, Marie-Claude Harvey says, “I think it is a single case. It is nothing that it is going on in the whole school. I have two girls here at the school and it’s the first I hear of it. I think it’s a very unique case and you can't generalize the whole school. It’s a very good school.

The Portage De L’Outaouais school board did not agree to an on-camera interview. A spokesperson told CTV Ottawa that it is conducting an internal review of what happened.

CTV's Natalie Pierosara will have a full report tonight at six.