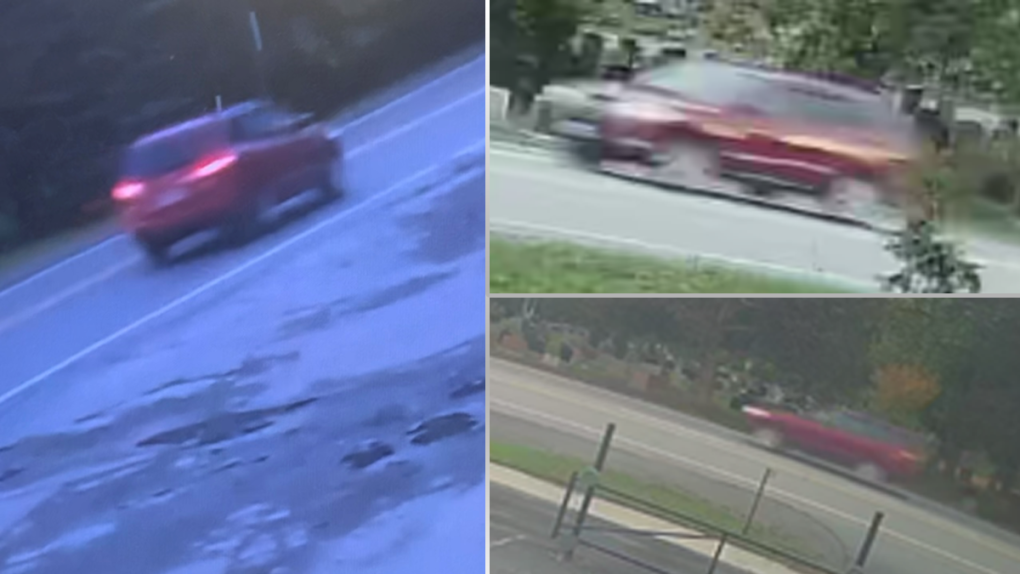 Kingston, Ont. police are asking for help identifying the occupants of the vehicle seen here, who were in the area of a fatal double-shooting on Saturday, Oct. 16, 2021. (Photos submitted by Kingston Police)

KINGSTON, ONT. -- Kingston police have released new images of a vehicle that may belong to witnesses who could have information about a double-homicide earlier this month.

Two Ottawa men, Carl-Alen Delphin, 20, and Nico Soubliere, 29, were shot to death in the area of Sydenham Road and Highway 401, at the K&P Trail parking lot, at approximately 7:15 p.m. Saturday, Oct. 16. Delphin died at the scene and Soubliere passed away in hospital.

Investigators said Friday they were looking to identify possible witnesses who were observed in an SUV that was spotted in the Sydenham Road/Hwy. 401 carpool at approximately 6 p.m. on Oct. 16.

Police say the occupants were spotted getting out of the vehicle and walking a white dog.

In a release Monday, the new images show a burgundy vehicle.

The fatal shooting happened during Homecoming Weekend at Queen's University, where thousands of people packed the streets in the University District.

Last week, police released images of the two men in the University District on Oct 16. Investigators are attempting to trace the men's movements during the day.