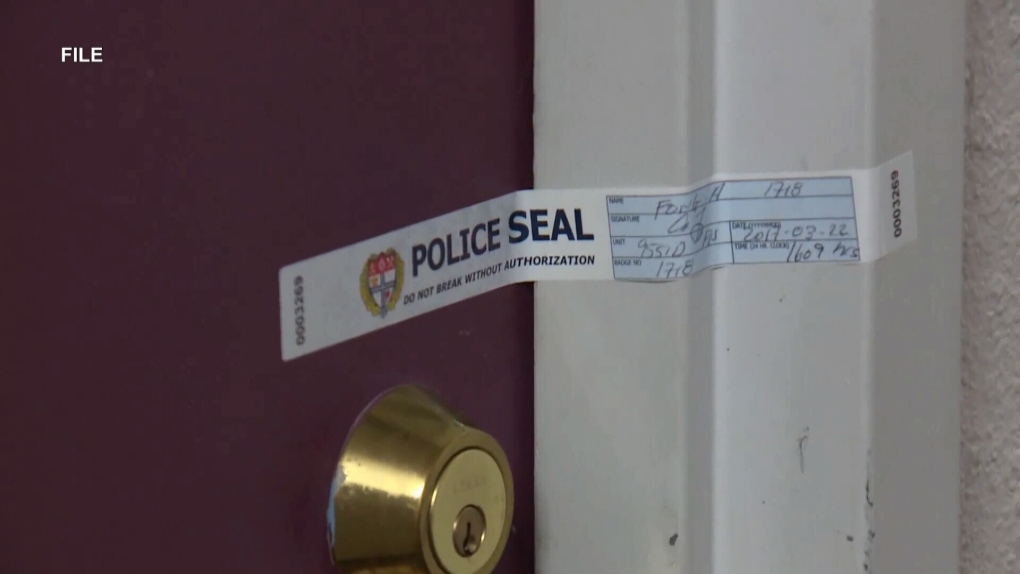 Police were called to an apartment building on Burnside Avenue on March 22, 2017 around 11.a.m. A two-year-old boy was found inside a unit with his mother's body.

WARNING: Some readers may find the details of this story disturbing.

An Ottawa jury heard disturbing details Thursday of the alleged violent sexual assault and death of a woman whose severely decomposed body was discovered more than a week after she was killed in a Mechanicsville apartment.

The woman’s young child was forced to fend for themselves alone before a maintenance worker found the child wearing only a diaper with Cheerios all over the floor, court heard. The worker had come to test the unit’s smoke alarm.

During the opening statement at the first-degree murder trial of Mohamed Barkhadle, who has pleaded not guilty, Crown attorney Carl Lem alleged Barkhadle went to the woman's apartment to deal her drugs on the night of March 11, 2017.

The names of the woman and her child are protected under a publication ban.

The Crown alleges Barkhadle attacked, sexually assaulted and strangled the woman to death—the force so strong it broke her thyroid cartilage in two, Lem said.

After, the Crown contends, Barkhadle moved the victim's body to the tub in the bathroom.

"He stole [the victim's] bank card and disappeared out a side door into the cold March night but before doing so he sent three short texts from his phone to hers in an attempt to divert suspicion," Lem told the jury.

It would be days before the woman's badly decomposed body was discovered by a worker who, along with a contractor, had entered the unit as part of a building-wide check of smoke alarms.

The worker testified when he entered the unit on March 22, after knocking twice and receiving no answer, he was greeted by a young child wearing a diaper and noticed Cheerios all over the floor.

He asked the child about the whereabouts of their mother and the child just "gestured down the hall."

The worker said after looking around in different rooms he turned on the bathroom light and saw something in the bathtub.

"The leg was grey and didn't look like it should," he testified. "There was a very bad odour in the apartment so it was kind of a clue that something was very, very wrong."

The jury was shown photos of the apartment's dining, living room and kitchen areas which showed a number of items on the ground and on tables.

"[The young child] was dirty and hungry but there was breakfast cereal and other food scattered around the apartment and the bathroom tap running with a small, plastic chair pushed up to the sink," Lem told the jury. "It was clear that [the young child] had been resourceful and independent enough to survive in the apartment for quite awhile."

Lem told the jury the woman cared for her child as well as she could before her death.

"In life she didn't have it easy and faced many challenges but she kept a clean home and cared for [her child] the best she could,” he said.

Superior Court Justice Kevin Phillips told the jury Thursday morning that Barkhadle and his lawyer parted ways and that Barkhadle will now act as his own lawyer throughout the trial.

Justice Phillips told the jury it was not to read anything into that and to only consider evidence presented in court.

Barkhadle's former lawyer Paul Lewandowski will now act as an amicus curiae or "friend of the court" throughout the proceedings alongside Howard Krongold.

The trial is expected to last several weeks.