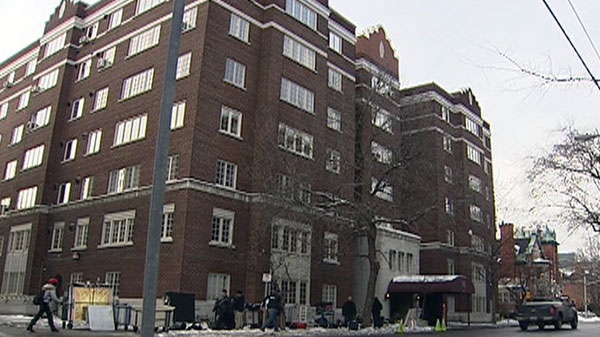 There has been a lot of activity around movie set locations in downtown Ottawa, but precious few sightings of its stars.

Michael Keaton and Michelle Monaghan are in the city to film the thriller Penthouse North, with the actor who formerly played Batman staying away from the spotlight.

"No, I have not seen Michael Keaton," said one onlooker.

"Not in real life," said another after being asked about sightings.

The movie's producer said the city's core is doubling for Brooklyn, N.Y.

"We filmed on Elgin (Street), Somerset (Street), Metcalfe (Street), Chateau Laurier," said Michael Baker. "We've been taking advantage of the city and all it has to offer."

One of those locations that could be showcased is the Wine Rack on Elgin Street.

"They came in for a few hours and shut down the store," said manager David Grossberndt. "Our manager was behind the desk, could be in the movie, so that should be good."

And although they're being pretty low-key, Baker said the stars like the city.

"They've been thrilled with the location, love being here in Ottawa," he said. "They feel well taken care of and we're having a lot of fun working with them."

As for Ottawa, residents said it's good for the city to be featured in a Hollywood film.

"We have one of the most beautiful capitals in the world and for them to be here in the winter . . . well, if we can hack it they can hack it," said another.

Other Hollywood movies recently filmed in the capital include Sacrifice starring Cuba Gooding Jr. and On The Road with Twilight star Kristen Stewart.

Penthouse North will keep filming in Ottawa until the end of the month, with its release scheduled for next year.

With a report from CTV Ottawa's Claudia Cautillo