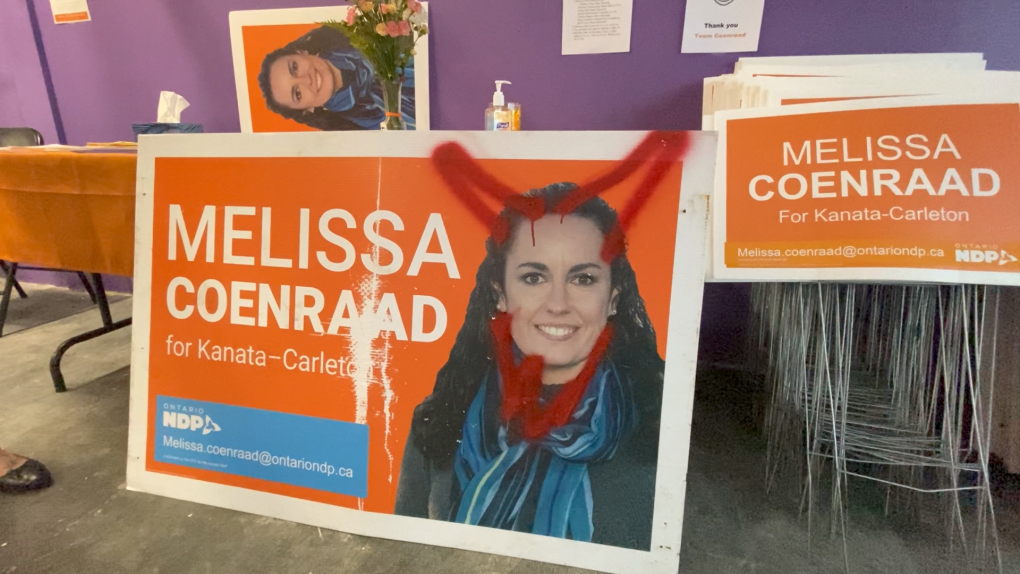 Two Ottawa candidates in the provincial election have had multiple signs defaced and destroyed within the last week.

Ontario Vanier Liberal candidate Lucille Collard says at least five of her signs were damaged and it cost hundreds of dollars to replace.

“I really felt insulted just because this is not democracy," said Collard. "That’s not what we want an election campaign to be like."

One sign had a moustache written over her face and another had graffiti.

"We know that there is division in the community, but it’s not a reason to be disrespectful," she said.

“There was two in Constance Bay and then two on Saturday in Fitzroy,” she said.

Coenraad said one of her election signs had 'witch' written on it and another had graffiti, with horns drawn over her head.

Election sign interference is also happening in the GTA.

Two employees in Brampton were caught on camera this week tearing down Liberal election signs. The pair used a company vehicle to vandalize and steal the signs.

"It is very serious,” said Nour El-Kadri, a University of Ottawa professor. "It’s just like stealing others property and in elections, those signs are the properties of the candidates that are running."

Ottawa police are warning that damaging or interfering with election signs is a criminal offence.