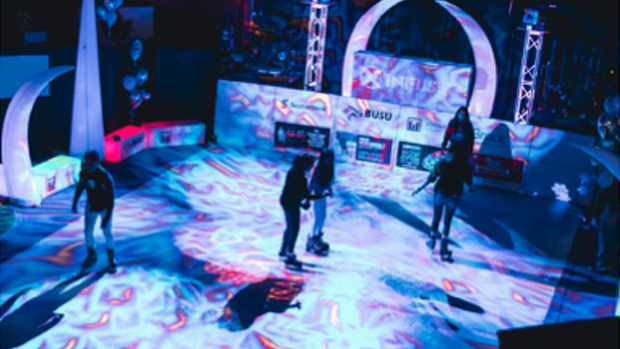 OTTAWA -- Skating on Bank Street during a weekend in February is one of the new events of Winterlude 2020.

A synthetic rink will be installed at the intersection of Bank Street and Gilmour Street and ready for skaters during the weekend of February 8th and 9th.

The rink is open to all ages and skating hours are from 10 am to midnight both days.

It's all part of the Fire and Ice Winterlude event presented by the Bank Street BIA.

And Drag Queens dancing on ice will be a highlight of the weekend.

'The rink at Bank and Gilmour is open to all ages and will feature DJS all weekend and Drag Queens dancing on skates on February 8th frm 6:30-7:30pm in partnership with Ottawa Capital Pride. We look forward to welcoming everyone to this one of a kind experience on Bank Streert as part of the Fire and Ice Festival", stated Bank Street BIA Executive Director Christine Leadman in statement to CTV Ottawa.

Bank Street from Gilmour Street to James Street will be closed during that weekend.

Winterlude will be held on weekends from January 31 to February 17.

An average of 600,000 visitors attend Winterlude according to Canadian Heritage estimates.

Nearly a third visit from outside the national capital region.