300-year-old Bibles turned over to police reunited with owner 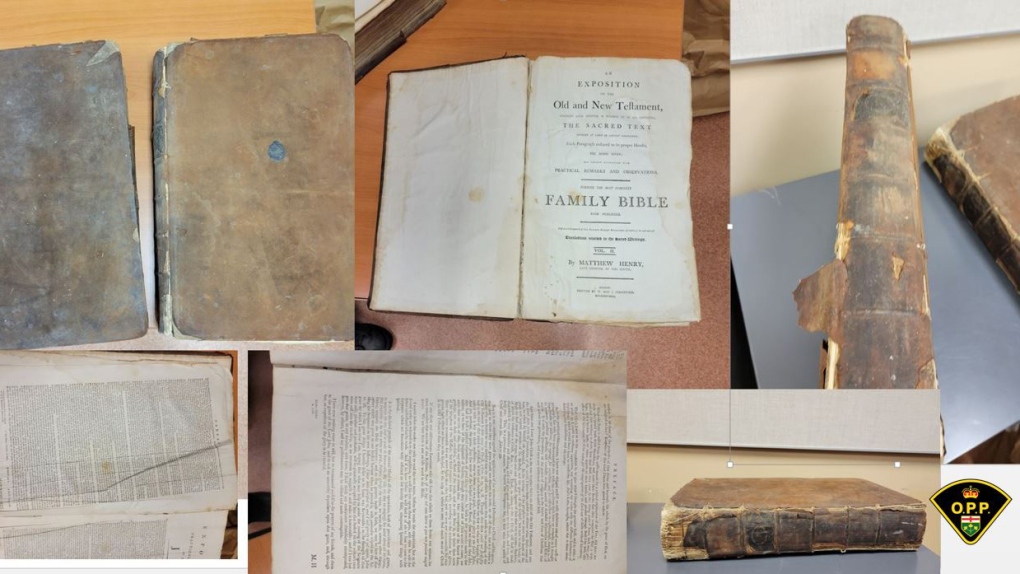 Ontario Provincial Police say the owner of these Bibles from the 1700s has come forward to reclaim them after they were submitted to police as 'found property' May 4, 2021. (OPP handout photo)

NAPANEE, ONT. -- Ontario Provincial Police say they have found the owner of a pair of Bibles from the 1700s that turned up early last week.

On Tuesday, police said they were looking for the owner of the texts after an anonymous individual turned them over to Napanee OPP as "found property." It's unclear where the Bibles were found.

In a press release, Lennox and Addington County OPP said the owner came forward later in the week.

"On May 7, 2021 the owner came forward and both Bibles were returned. The L&A County OPP would like to thank the public for their assistance in this investigation," police said.