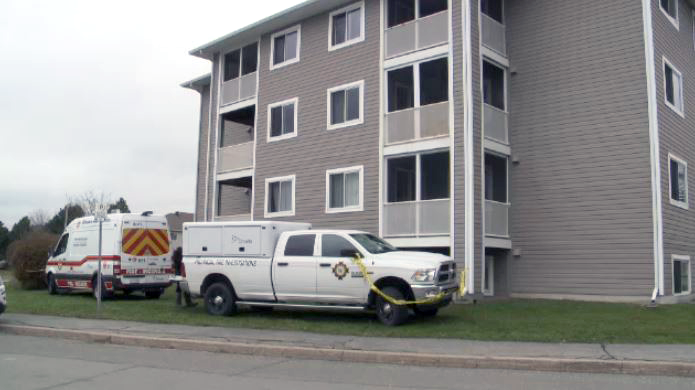 Emergency crews were called to 316 Lorry Greenberg around 3:15 a.m. Tuesday morning where heavy flames were detected in a single unit.

A woman in her 50's remains in critical condition after firefighters rescued her from a fire in the city's south end.

Emergency crews were called to 316 Lorry Greenberg Drive around 3:15 a.m. Tuesday morning where heavy flames were detected in a single unit. Firefighters had to force their way inside to rescue the woman from her ground level apartment.

OttawaParamedics say the woman was in cardiac arrest, and suffered both burns and smoke inhalation. They also administered a cyanide antidote to help save the patient.

Residents who were evacuated have been allowed to return to their units.

The fire has been deemed non-suspicious and the Ontario Fire Marshal continues to investigate.