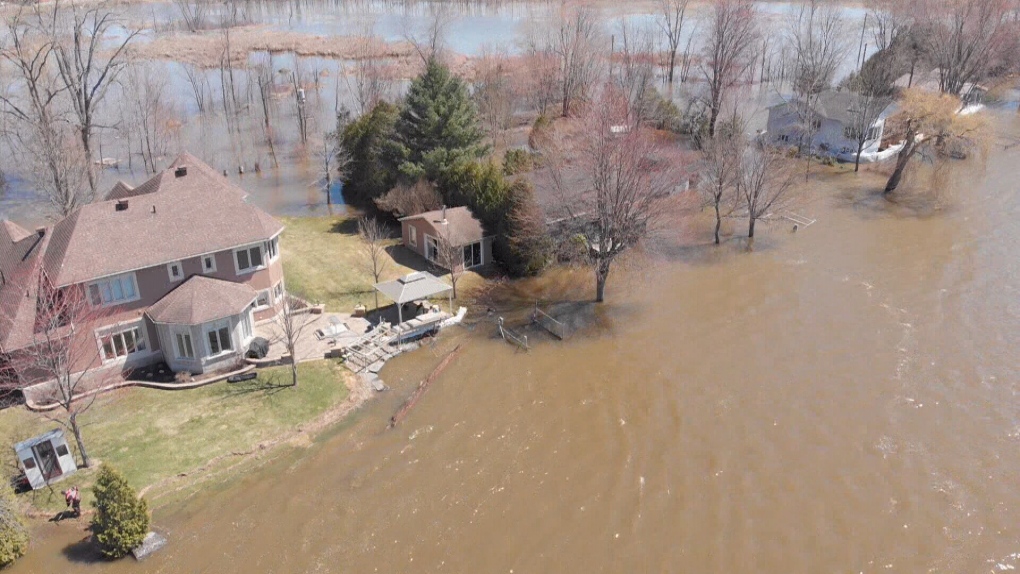 In Clarence-Rockland homes along Voisine Rd. are surrounded by rising water already about 1.5 metres high.

The Mayor says this weekend officials made the decision to cut power to the area as a safety precaution. Residents living on the road are now using generators to keep their sump-pumps going.

“It’s about survival,” said Ed Brake, a resident on Voisine Rd. “Our gas has been shut off for a little over a week, our electricity was cut off yesterday morning, so it’s like going back in time.”

To gather supplies, food, or gas for equipment residents are using small boats or canoes to get in and out of the area.

The Municipality issued a State of Emergency on April 26th. This weekend the Army was called in to assist with sandbagging.

For residents who require more help the Mayor says they should call 211 or visit city hall in Clarence-Rockland.

The Corporation for the City of Clarence-Rockland says going forward the shelter will be staffed from 9a.m. to 9p.m.  After hours those in need of shelter can get in touch through 211.

The Municipality says the water remains safe to drink but going forward testing kits are available at the Health Unit’s office on Laurier St.