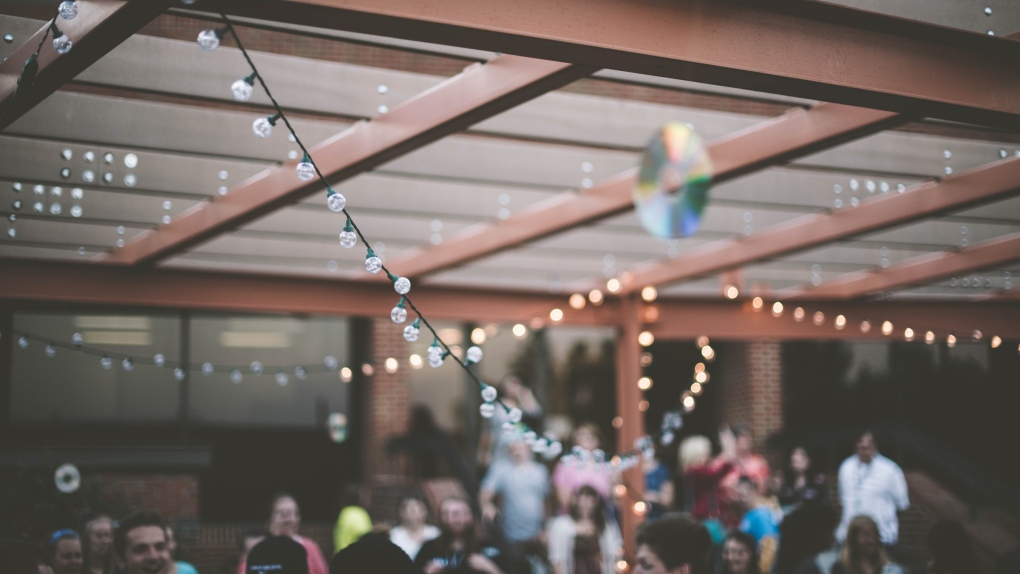 (Photo by Samantha Gades on Unsplash)

At approximately 11:30 p.m. Friday, police and Bylaw Enforcement officers responded to a build-up of people at the intersection of University Avenue and Earl Street.  The crowd was quickly dispersed, but officers heard "extremely loud music" and what appeared to be a large indoor party in one of the corner residences.

"The side entrance revealed a number of people on the porch, with the residence door wide open and a crowd of people in the kitchen," said Kingston police.

Police say three female tenants of the home told officers they did not feel they were over the COVID-19 mandated limit of 25 people indoors, which is the maximum capacity for indoor gatherings under Ontario's Reopening Act.

"A police supervisor had the tenants accompany him throughout the main and upper floors of the house, coming to a total of 25 people. When asked if there was a basement, the officer was advised it was more of a cellar and that no one would be down there," police said in a statement Saturday night. "Instead, the officer located four other partygoers hiding in the basement, including one behind a hot water tank, bringing the total to 29 people inside the residence. None of the occupants were seen wearing masks and social distancing was not being practiced."

Police say Kingston Bylaw Enforcement was provided the names of the three tenants for possible charges under the Reopening of Ontario Act for being a host/organizer of an illegal gathering, which carries a maximum penalty of $10,000 each.

Kingston's new emergency order includes new Administrative Monetary Penalties for attending an aggravated nuisance party, from $500 to up to $2,000.  There's also increased enforcement powers allowing officers to immediately issue fines for violations once a nuisance party has been declared.

Police say the individual was discovered with open alcohol on University Avenue near William Street.

"Officers advised him of their reason for stopping him, but then attempted to flee from officers. A brief foot pursuit resulted in his arrest for the Criminal Code offence of Obstruct Police, in addition to public intoxication," said Kingston police.

Police say one of the arresting officers observed that the suspect appeared to be the same male who on Sept. 3, "Attempted, while coming from behind, to place a bag over another Kingston police officer's head but fled the area before he could be arrested."

The 18-year-old is charged with Assaulting Police and Obstruct Police, in addition to Liquor Licence Act Offences.