Truck crashes through the window of a Kingston comic book store, one person injured 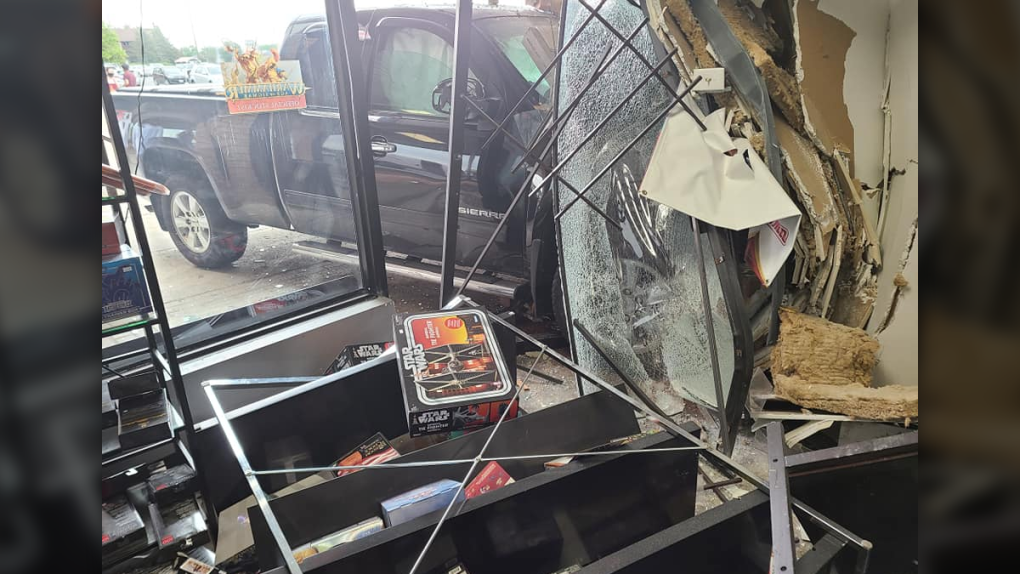 KINGSTON, ONT. -- The owner of SBT Comics and Games in Kingston, Ont. says he is OK after a truck crashed through the front window of his store.

Kingston Police responded to the crash at SBT Comics and Games on Bayridge Drive Wednesday morning.

Police say the male driver of the truck lost control the vehicle, and crashed into the door and window of the store.

Police said a man inside the store was hit, and was transported to hospital with minor injures.

Friday afternoon, SBT Comics and Games was open with limited access through the back door.

"As much as I would love to just relax today...we need to get people in, so swing by," said Fardella on Facebook.

Police say no charges are pending at this time.

On New Year's Eve, Fardella's store was broken into, with thousands of dollars in expensive comics and items stolen.