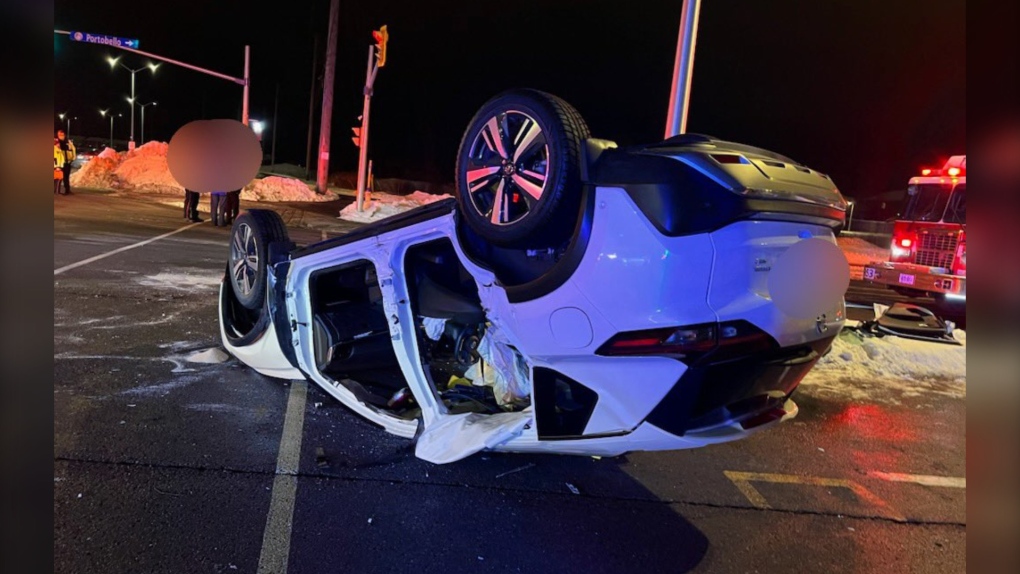 Three people were taken to hospital after a two-car crash in Ottawa's east end Monday night that left one vehicle flipped upside down. (Ottawa Fire Services)

Three people were taken to hospital after a two-car crash in Ottawa's east end Monday night that left one vehicle flipped upside down.

The crash happened around 9:10 p.m. at the intersection of Trim Road and Portobello Boulevard.

Ottawa Fire Services crews freed two people from a vehicle that was flipped onto its roof. The occupants were trapped in the car, requiring crews to use specialized tools to remove the doors and extricate the two patients.

A third person was able to exit the other car on their own.

The third adult was also taken to hospital in stable condition, paramedics said. None of the injuries are life-threatening.

At approx 21:13 last night, we responded to a two vehicle collision at Trim Rd & Portobello Blvd. The first crew arrived on scene in 4 min after being dispatched to the call & confirmed one vehicle was on its roof & both occupants were trapped inside. 1/3 #OttNews pic.twitter.com/VXqFamCjXT