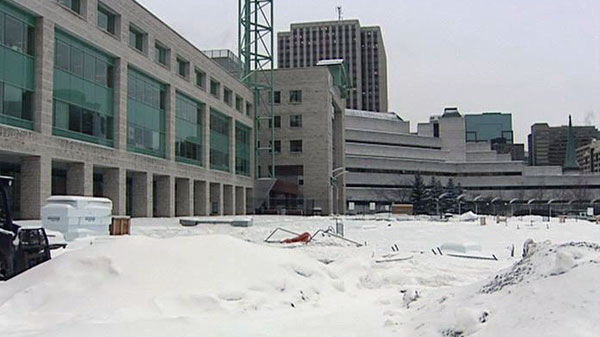 The City of Ottawa says taxpayers aren't on the hook for cost increases for the Rink of Dreams.

The cost has doubled from $1.2 million to $2.4 million because of engineering problems, including dealing with the soil in front of City Hall.

However, Ottawa Mayor Jim Watson said the city won't be pitching in more than its $250,000 commitment, with the rest of the cost covered by the Sens Foundation.

"I think the very fact that the (Rideau Canal) is still not open proves our point we need a back-up plan for Winterlude . . . for things like the (NHL) All-Star Game, that we actually have a refrigerated ice surface in the downtown core," he said.

"Not just for tourists but also thousands of residents that live in the city will want to come down, skate on the Rink of Dreams and have a good time."

Watson said the rink will be open in time for NHL All-Star events, which start Jan. 26.