A popular Quebec race car driver who died unexpectedly this month is being honoured at a local race track in October, thanks to an outpouring of support from the racing community.

Racing in eastern Ontario and western Quebec, mini-stock driver Alexis Charbonneau was a fan favourite wherever he competed.

"Alexis has been racing here for almost 10 years now, he's been our track champion in 2021 during the pandemic year, and this year," he added.

On Sept. 11, Charbonneau was hit by a vehicle in a parking lot in St-Hubert, Que., and died from his injuries a week later.

Belanger says he considered him a good friend.

"Myself personally, I had some tears in my eyes to be honest," he said when he heard the news. "We kind of bonded. I've known him for 10 years and every time he was here on Sundays we always had a 5, 10, 15-minute chat."

"For him leaving like that, it was obviously a surprise for everyone," Belanger said. 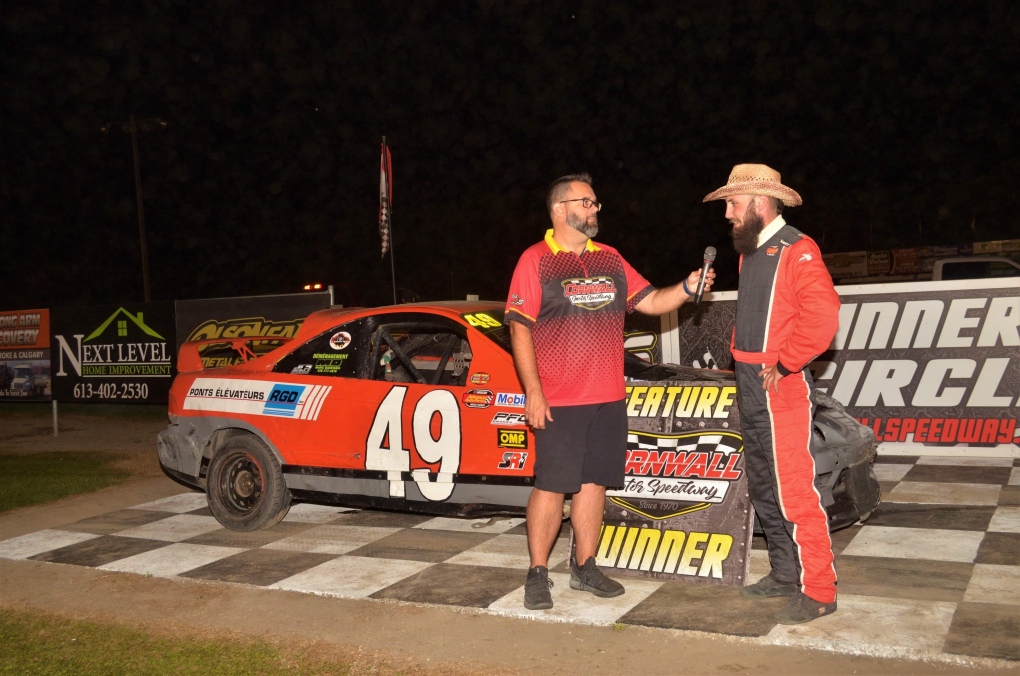 Martin Belanger (left) speaks with driver Alexi Charbonneau after his feature win on Aug. 28. . Charbonneau died earlier this month after being struck by a vehicle in Quebec. (Don Simpson/submitted)

When news of his passing spread across the tight-knit racing community, they responded. Belanger said calls to the speedway began right away.

"We were supposed to already have a mini stock race scheduled for our Canadian Super Dirt Weekend, but the passing of Alexis, everything blew up," he noted.

"The phone calls and the messages on our Facebook page, the Lavergne family, myself, everything blew up."

It was quickly decided that the mini stock race would be held in his name, and run 49 laps - the number on Charbonneau's red car.

"Over 80 sponsors called in, and are giving out money for that race and the winner will get $2,049," Belanger said.

A win on a regular night at the speedway pays out $200, and 15 to 18 drivers usually compete in the division.

For this event, a record 72 drivers have registered to compete, from all over the region.

"I don't think in the history, nobody ever seen that many mini stock in one race and that many laps too. It's awesome," said fellow mini stock racer Pierre Picard. 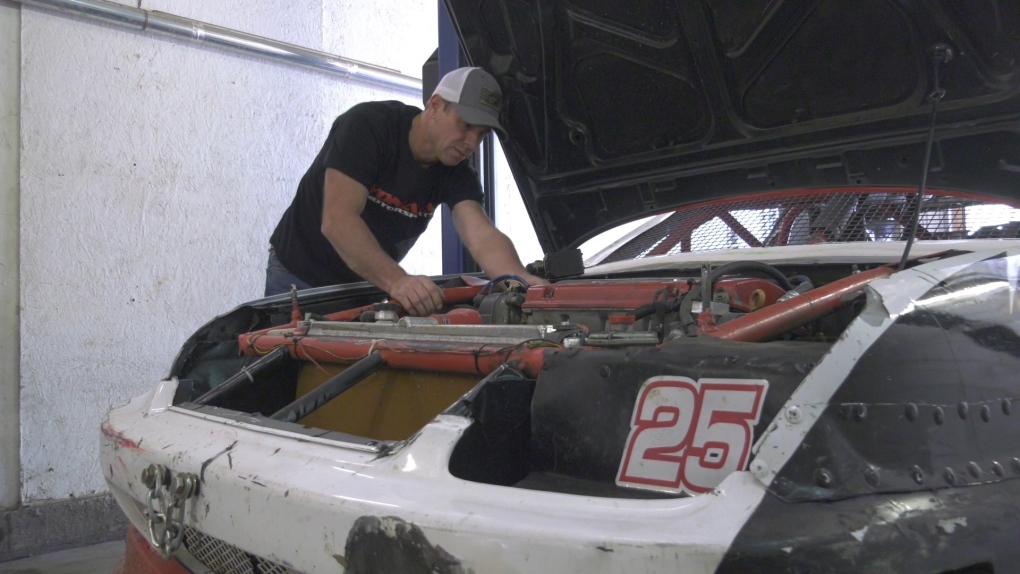 Picard became competitive friends with Charbonneau after meeting at the racetrack, racing for wins weekly.

"He was a good racer, clean driver, he was really good. We fought for points, I went in the front, he went back in the front," Picard said, adding racing is just like a big family, through the good times and the bad.

"You race some guys during the year and sometimes you know, you get in arguments," Picard smiled. "But when something happens, everybody comes together and everybody is there to support each other. It's pretty awesome."

A total of $12,000 will be handed out on race day, with most being $49 bonuses - for categories including the best Ontario finisher and even for the racer who travelled the farthest.

"We have a guy, a driver, that comes in from Baie des Chaleurs, that's 12 hours drive to Cornwall, and is coming to support the race," Belanger noted.

Other speedways in Quebec and New York State have also included incentives, offering up a guaranteed starting position at the Cornwall race if drivers win a race at their tracks.

Out of the 72 drivers registered, only 32 will qualify their way into the main feature race on Oct. 7.

"It's nice to see that the mini stocks will have a lot of focus on them," Belanger said, noting the division is known as a starter class for racers.

"It's going to be a record-breaking night," he added. "Alexis has been a race ambassador as well, he's always positive, always professional with him and his dad always smiling, asking how everyone is doing so he is going to be missed for sure,"

"That's what I really like about our racing community is that as soon as there's an event like that, a passing or something, the community comes together," Belanger said.

"I'm kind of overwhelmed with the amount of money and the amount of support and the people that want to help. It really shows how the racing community is tight-knit."

The Canadian Super Dirt Weekend begins Oct. 7 and runs until Oct. 9. More information can be found at the Cornwall Motor Speedway's website or Facebook page.

Drug slows Alzheimer's but can it make a real difference?

An experimental Alzheimer's drug modestly slowed the brain disease's inevitable worsening, researchers reported Tuesday – but it remains unclear how much difference that might make in people's lives.

San Francisco will allow police to deploy robots that kill

Supervisors in San Francisco voted Tuesday to give city police the ability to use potentially lethal, remote-controlled robots in emergency situations -- following an emotionally charged debate that reflected divisions on the politically liberal board over support for law enforcement.