The 1000 Islands Regatta got underway in Brockville on Saturday after a two-year pandemic hiatus, with plans to commemorate a driver who lost his life at this event back in 2019.

"You can't ask for much better weather than this in Brockville," said committee member and hydroplane pilot Steve Armstrong. "The water conditions are perfect."

"It's going to be fast and furious. A lot of action here," added Andrew Tate, a veteran pilot from Michigan in the H350 class.

Tate says to control the boats it's like flying an airplane, using what's called a canard wing on the front to help it stick to the water.

"The more boat out of the water, the less drag against the surface tension of the water which is very, very grabby," he said. "You guys might know from going waterskiing or tubing or that kind of stuff."

"Essentially you're flying these race boats as a pilot, not necessarily as a driver or a rider," Tate said.

Drivers wear oxygen masks and use a six-point harness, in case they have an issue. 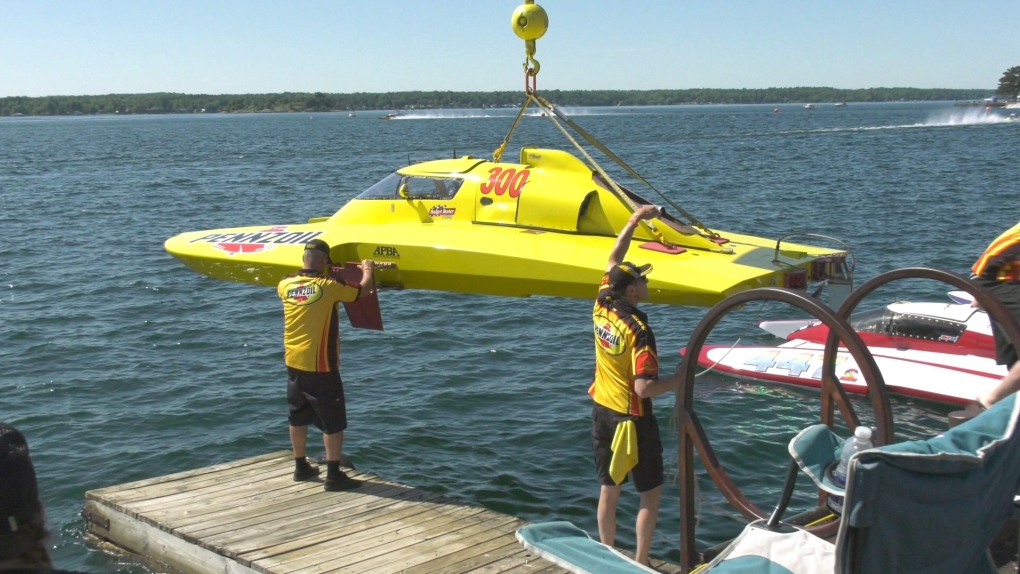 Some larger boats can hit speeds up to 200 kilometres and hour.

"Too much air, you're going up and over," Tate said. "Too much wheel in a corner and you're going to hook and spin out sideways. Danger is an element in any motorsports."

That danger rang true in 2019, as Quebec pilot Mathieu Daoust lost his life at the event.

His family was on hand this weekend, planning to honour the racer.

"Daoust was a good, good friend of ours," Armstrong said. "We had a moment of silence; we talked about him this morning at our drivers meeting with his family."

"They are going to do a tribute to him Sunday where they float a wreath out on the course so he can be there with us," he said.

Local sponsor 1000 Islands Brewing Company also created a beer can with his likeness on it, and the committee will award a new award in his memory.

"The family donated an award to be in his memory, the Mathieu Daoust Most Dedicated Driver Award, so he'll always be a part of this event now, cemented in our history," Armstrong said.

The noise and speed on Saturday morning, drawing die-hard spectators from across the region.

"I love it, it's been a passion for me," said Richard Lalonde from Gatineau, who follows the league yearly.

He said. "It's everything; I'm doing that all summer, this and some car racing too." 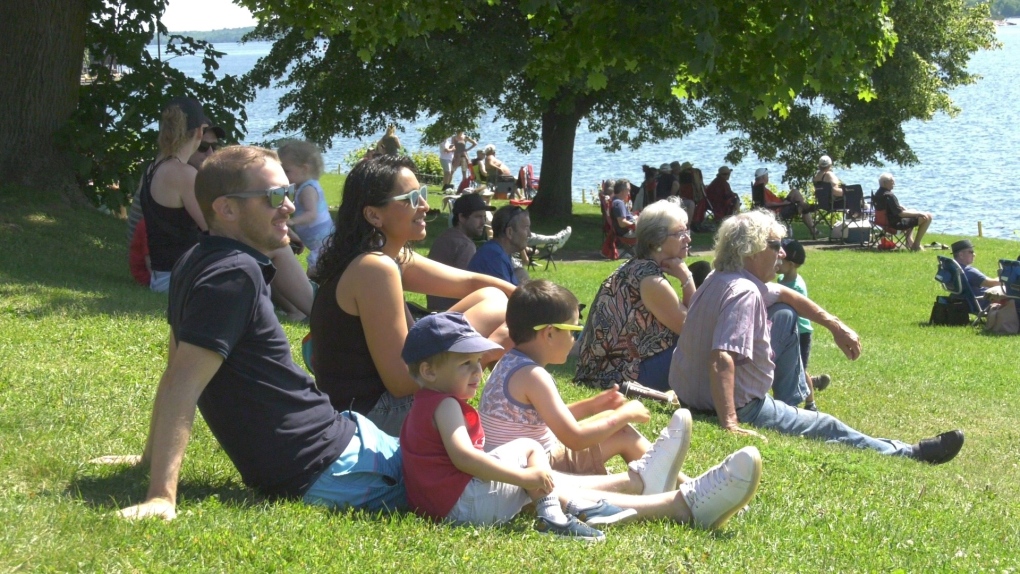 Others, witnessing this kind of racing for the first time.

"So far it's really interesting and we're looking forward to watching more," added the Kinch family, watching from the grass at Centeen Park.

"It's awesome. It's so nice just to have all the tourists here and things to do on the weekend, we love it," said Brianna Sudnik from Maitland, watching with her 5-year-old son Logan.

"The boats go fast!" he smiled. 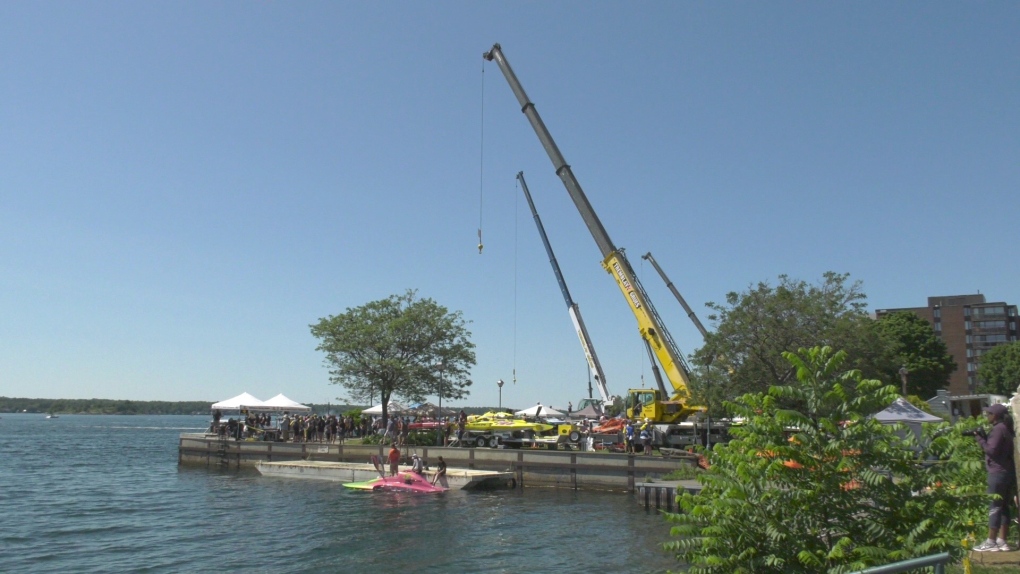 A full pit at Centeen Park in Brockville for the 1000 Islands Regatta. (Nate Vandermeer/CTV News Ottawa)

Between 45-50 boats arrived for this weekend's events, the racing league using cranes to get the boats in and out of the water easier.

"We wouldn't have time to trailer every boat in like you would with your pleasure craft so we lift them into the water. So we can put five or six in at a time and be ready for the next heat," added Armstrong.

The river course is challenging for some racers, according to Tate.

"We actually have a seawall here that's fairly close to the race course so the waves actually bounce off of it and come back onto the course," he said, noting you have to attend the event in person to get the most out of it.

"Whatever you've seen on TV or the videos, doesn't do it justice," he said. "You really have to be here to experience the excitement, the sound and the pure adrenaline of it all."

"I mean the boats are going 125 mph here!" he smiled. "Get down here and come check us out and see what we're all about."

"We have a beautiful area for viewing, they will be coming right at you and you can see right underneath them," added Armstrong, who won his first heat race of the day. "You really get an appreciation of how skilled and talented the drivers are to be able to keep the boats on the water."

"There's actually a very long history of boat racing here in Brockville," he noted. "One of the founders actually of the Canadian Boating Federation was from the Brockville area and then we've had builders from here for generations."

"Many, many champions have come from the Brockville area so we are very proud of the history and we're just trying to contribute that history as well," Armstrong said.

One racing finishes on Saturday, the fun turns to the stage for a night of music including Raine Maida, Chantal Kreviazuk and Sass Jordan.

The regatta wraps up on Sunday.