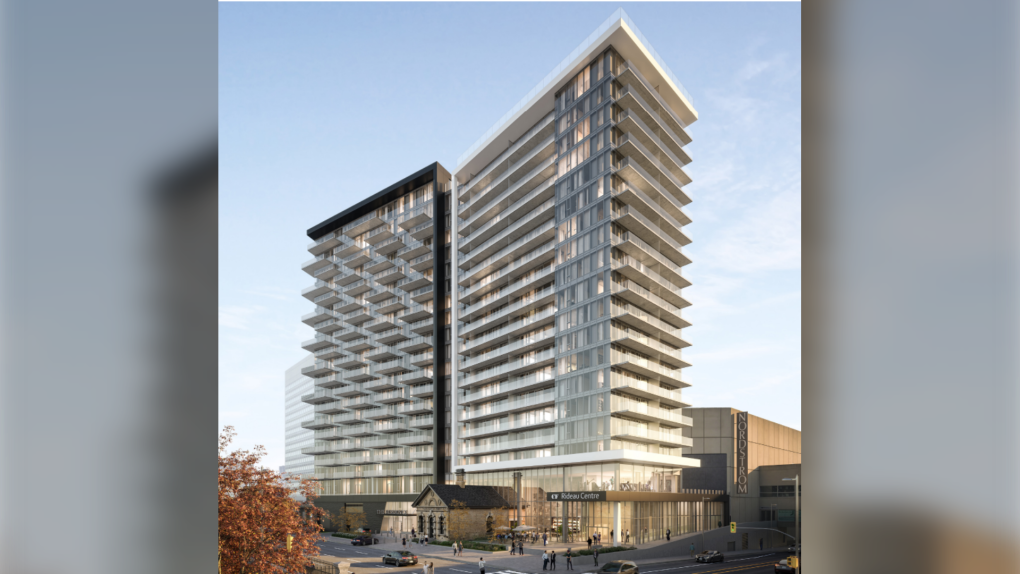 The owner of the Rideau Centre proposes a 21-storey mixed-use building attached to the downtown mall. (Photo courtesy: Ottawa.ca)

The Rideau Centre could soon have a 21-storey high-rise building on its southwest corner.

Cadillac Fairview, which owns the downtown mall, has filed an application to build the mixed-use commercial and residential building at 70 Nicholas Street, integrating a heritage building into the structure.

The proposed plan includes street level retail space, with 280 one- and two-bedroom apartments above.

"The upper two floors of the building are proposed to be visually separated into two volumes with 20-storeys for the north portion and 21-storeys for the south portion," said the summary of the application.

"Lobby and amenity spaces are proposed in the first three storeys, as well as 241 bicycle parking spaces accessed from the south end of the building," said the summary of the application.

The building would have a two-level, 102-space underground parking garage with a new vehicle ramp to Nicholas Street.