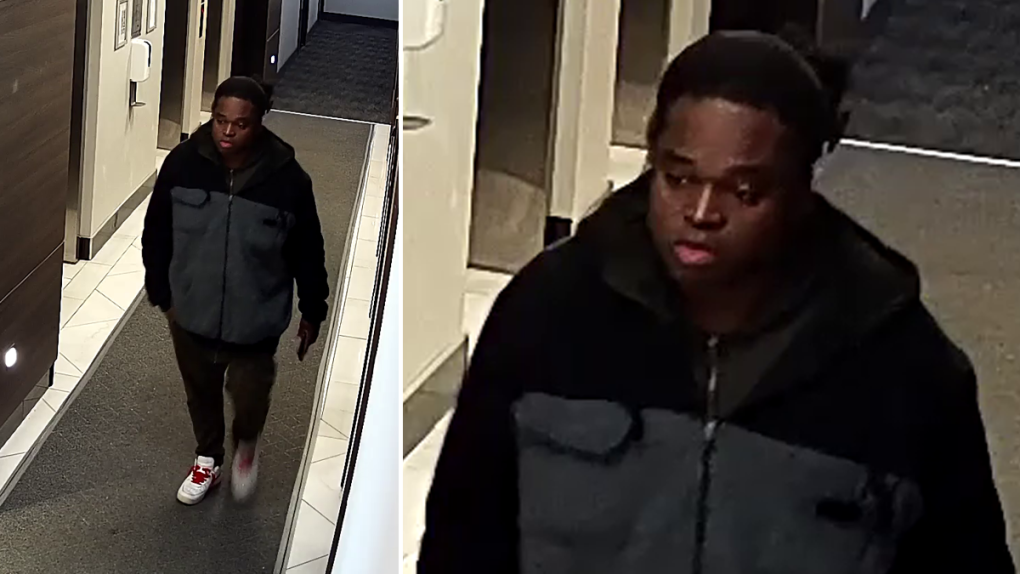 Ottawa police are looking for a man they say stole a package from the mail room of a downtown building.

Police say surveillance video on Nov. 18 captured the man stealing the package from the mail room in the condo building in the 200 block of Bay Street, near Laurier Avenue West, after he made a food delivery. The theft happened just before 10 a.m., according to police.

The man is believed to be an employee of a food delivery service company, police said in a news release. He was driving a silver Mitsubishi SUV.
Police described him as black, medium build, with hair pulled back in a bun. He was wearing a grey and black jacket with dark pants and white shoes with red laces.

Anyone with information is asked to contact the Ottawa police break-and-enter unit.

Ukraine on mission to ban Russia from Paris Olympics

Ukraine hopes to secure widespread international support for banning Russian and Belarusian athletes from the Paris Olympics due to Moscow's invasion, the sports minister said on Tuesday.