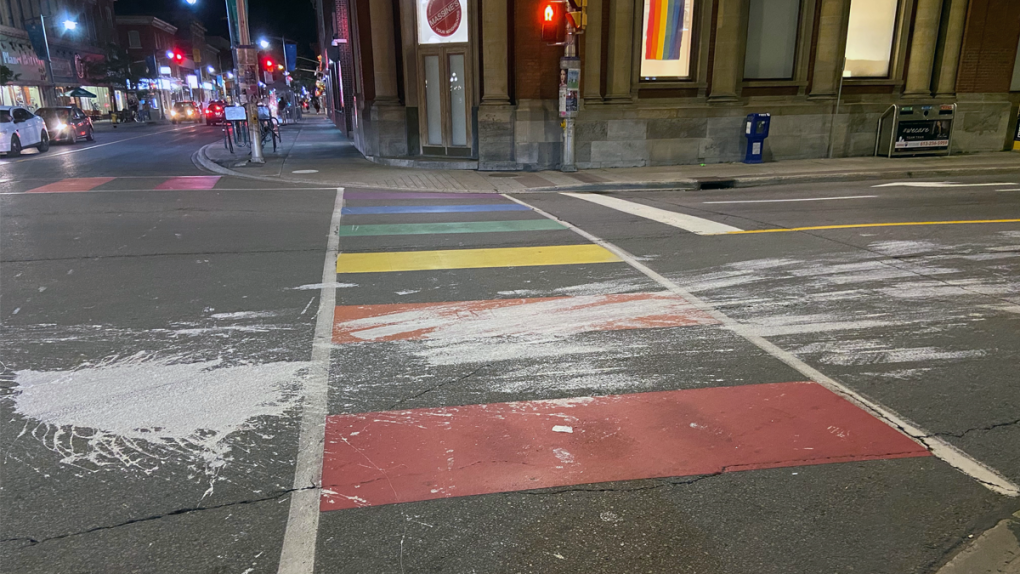 Ottawa police are investigating after paint was apparently splashed and spread across a rainbow Pride crosswalk at Bank and Somerset. (Photo Credit: Matt Elliott)

OTTAWA -- The Ottawa Police Service confirms to CTV News Ottawa that the hate crime unit is investigating after white paint was splashed across a rainbow crosswalk downtown.

Photos of the crosswalk at Bank and Somerset streets show a significant amount of white paint was splashed onto the ground near the crosswalk and spread across it.

It is currently Pride Week in Ottawa.

The Ottawa police did not have any additional information about the investigation Friday morning.

By Friday afternoon, the paint had been removed from the crosswalk, but remained on the road on either side of it. 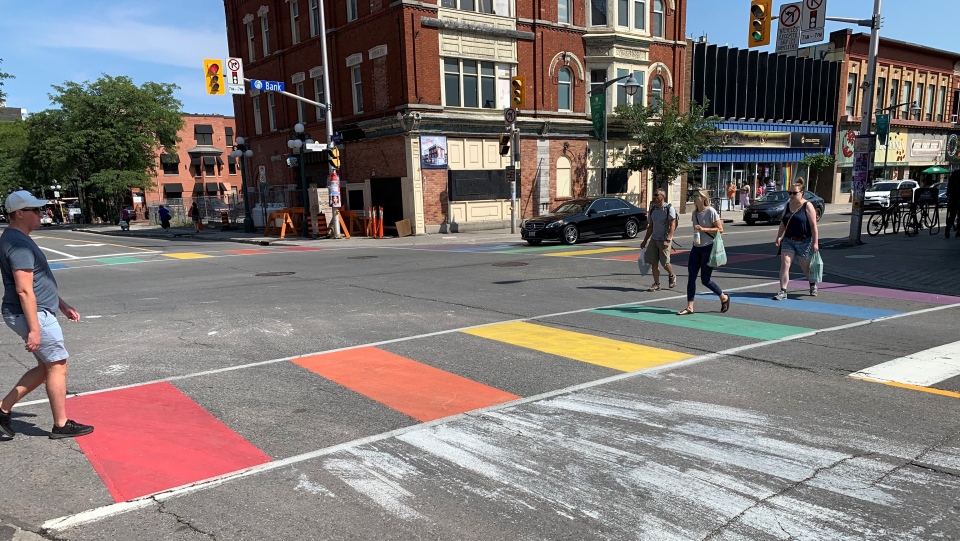 Pride crosswalks have been targets of mischief. Earlier this month, police laid charges against a 21-year-old man who was recorded on video spinning his tires over a rainbow crosswalk in Gananoque, Ont.

In a statement, Capital Pride called the incident disturbing.

"While the incident continues to be investigated, it follows a disturbing trend of vandalism of pride symbols – and particularly of rainbow crosswalks – across the country, including in Wasaga Beach, Gananoque, Vancouver, Lethbridge, Nanaimo, Prescott, and Barrie," the statement said.

"As we reflect on the many important discussions taking place this week, it remains important to recognise that members of the the 2SLGBTQ+ community have long been victims of violence, as have Indigenous peoples, racialized communities, immigrants, religious groups and many others. This act reminds us of the need to continue to challenge and resist all forms of oppression, including homophobia and transphobia, wherever they may arise."

The theme of this year’s Pride celebrations is "We Still Demand." Capital Pride says it is meant as "both a reminder of the work that remains to be done to achieve full equality for 2SLGBTQ+ people in Canada, and a call-to-action for community members and allies alike to take a stand when they witness these types of hate-motivated incidents."