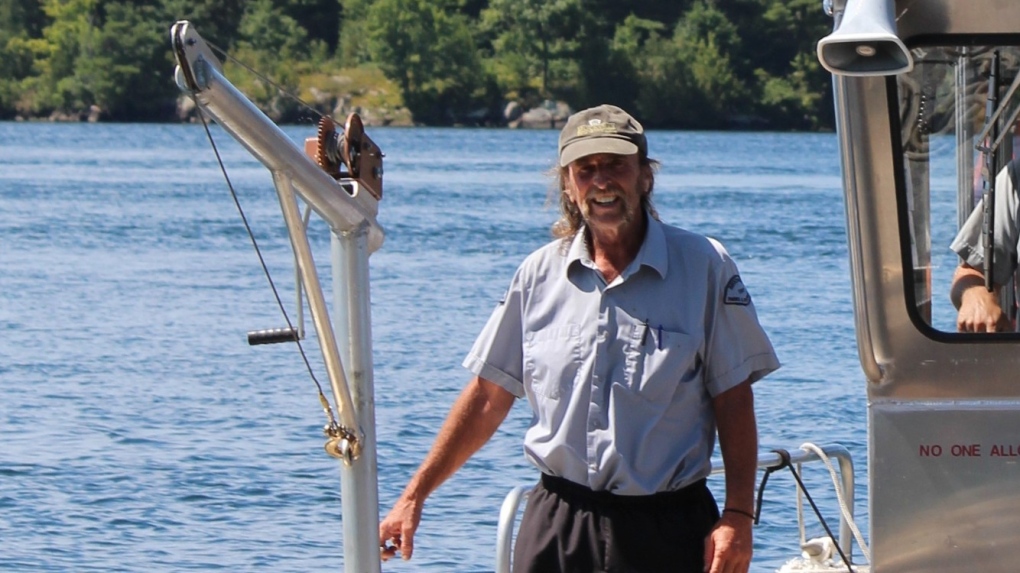 Brockville's 'Island Dave', a retired city employee, is fighting for his life in a Mexico hospital. (Photo courtesy Cathy McHugh)

Dave Beatty, a Brockville, Ont. man known as ‘Island Dave,’ has died after fighting for his life in a Mexico hospital, friends said Monday.

Beatty, 71, died peacefully Sunday afternoon with friends by his side, they said in a news release.

“Our friend is now in his final resting place, a place he chose,” friend Peter Amo said in the release. “He will be long remembered by many as a great guy who made a difference with his humanitarian efforts.”

Beatty was a retired City of Brockville employee who worked as a revenue collector every summer for the islands, hence his nickname.

Beatty was found unconscious on March 18 on a dark stretch of road outside the village where he was staying. His passport, travel documents and $90 were on his person. Friends believe he was possibly the victim of a hit-and-run.

Beatty suffered six fractured ribs and a punctured lung. On March 25, he suffered a heart attack while in hospital.

Friends said he showed some signs of recovery on Friday.

“He woke and recognized his friends and while unable to talk, could respond to things like open your eyes, move your left foot,” the news release said.

However, his heart could not sustain the pressure being put on it. He was on a ventilator until Thursday, then breathed through an oxygen mask until his death Sunday afternoon. He had undergone three blood transfusions.

Beatty travelled to warmer climates around the world during the winter months. Friends say he spent time in Ecuador teaching English to young children, and in India where he helped set up an orphanage.

Friends say Beatty will be buried alongside his closest friend Mark in Zipolite, a village in Mexico where they shared many years together.

A GoFundMe that friends started remains active, and will be put toward outstanding expenses, friends said.

Funeral arrangements in Mexico are underway.