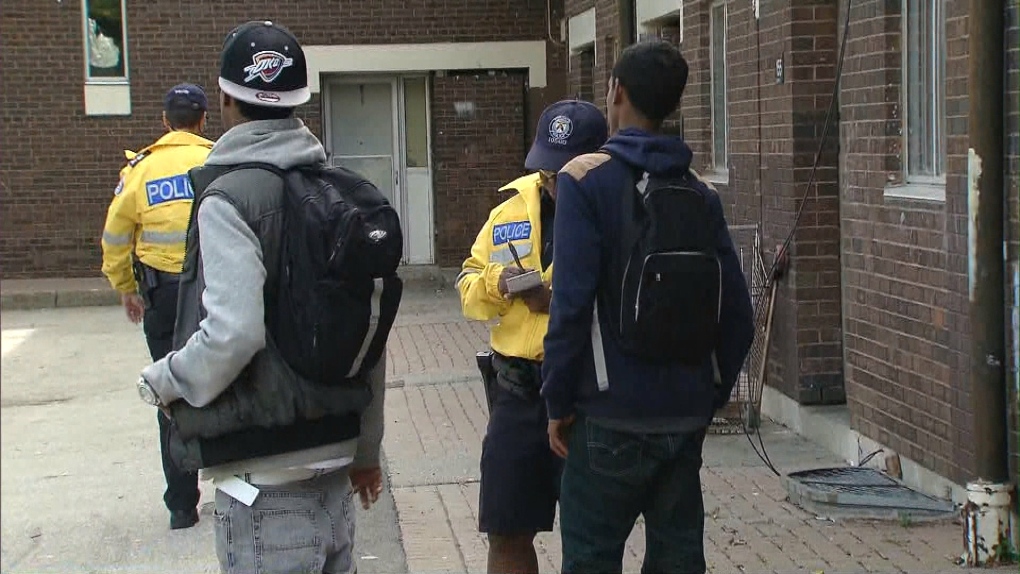 TORONTO -- Police in Ontario will have to inform people that they don't have to provide identifying information under new regulations the Liberal government says will ban the practice known as carding or street checks.

However, the government admitted it has no idea how much it will cost to train more than 26,000 officers on the regulations, which state that police must provide a reason for requesting identifying information from someone.

"Of course there's costs involved, but we need to make sure that this cost will result in trust and respect between our police and our communities," said Community and Public Safety Minister Yasir Naqvi.

"This is about building safer communities, and I don't think anybody can put a cost or a price point on that very important, fundamental value of our society."

The government is also promising a roundtable of experts to advise the Ontario Police College on the development of new training for officers on racism, bias awareness and discrimination. It said all officers will be trained by Jan. 1.

One of the government's experts, former York Region Police Chief Armand La Barge, refused to answer reporters' questions about the carding regulation or police training even though he attended Naqvi's announcement.

The regulations, which were first posted last October for public comment, set out what Naqvi called "clear and consistent rules" for voluntary police-public interactions in order to end arbitrary stops, especially those based on race.

"This regulation is the first of its kind in our province's history," Naqvi said. "It sets out rights for the individual and clear rules for police officers in an area that never had them before."

Starting Jan. 1, 2017, race is prohibited for being any part of a police officer's reason for attempting to collect someone's identifying information.

Police must tell people they have a right not to talk with them, and refusing to co-operate or walking away cannot then be used as reasons to compel information.

"The police officer must also explain the reason why you are being asked for your information," Naqvi said.

Police can gather personal information during routine traffic stops, when someone is being arrested or detained, or when a search warrant is executed.

The Toronto Police Association had warned in the past that restricting officers from gathering information will hamper investigations, but Naqvi was not concerned.

"We haven't seen any evidence that how carding has been banned in police regulations would impact public safety," he said.

The government said it wanted to ban arbitrary stops after hearing from many people of colour and aboriginal men and women, who said the human rights code was being ignored by police who stopped them for no apparent reason.

Under the new regulations, officers must offer a written record of any interactions with the public, including their name and badge number, along with information on how to contact the independent police review director.

All identifying information collected by officers will have to be submitted within 30 days for review by the local chief of police. At least once a year, chiefs will have to conduct a detailed review of a random sample of entries in their database to verify the information was collected in compliance with the regulation.

Chiefs must also issue an annual public report on the number of attempted collections of personal information, the sex, age and race of the individuals stopped, and the neighbourhoods where the information was collected.