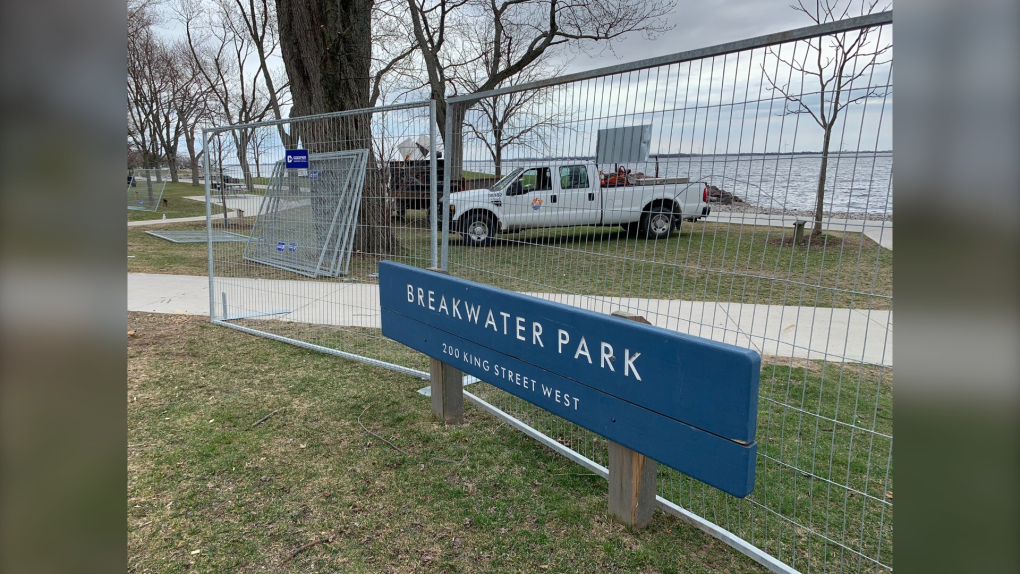 OTTAWA -- Kingston’s mayor says the city has no plans to reopen Breakwater Park before the ten day closure comes to an end, but will continue to review all options to reopen it safely once it does.

This comes after hundreds signed a petition this week, asking the city to reopen it, but just to hospital workers.

The park was closed on April 9, a day after crowds of young people gathered at the waterfront park.

Casnig says it could be a place to de-stress, where they don’t have to mingle with the public and put them at further risk.

"They have nowhere else," says Casnig of his reasoning to start the petition. "The thing that takes away stress is quiet time, is space. They have no space that isn’t hospital that isn’t disinfectant, that isn’t the fear of COVID."

He says the park should remain fenced off, except for entry points with security that can check in on those coming and going.

"For staff and patients to relax and get some sunshine and distress to get outside of the hospital environment, and not be in fear of contracting COVID while doing so," he says.

In a statement to CTV News Ottawa, Mayor Bryan Paterson wrote there were no plans to reopen the park immediately.

"I know how important outdoor space is to healthcare workers and to patients which is why we ensured that other parks neighbouring the hospital remained open," said Paterson.

"I know how troubling it must have been for healthcare workers to witness the crowds that gathered at Breakwater Park last Thursday as they work to save and treat people with COVID-19. We are already more than half way through the 10-day order to close the park, and we’re exploring any and all options to reopen the park safely and as soon as possible."

During a media availability, Dr. Kieran Moore, the regions medical officer of health, says he doesn’t see the park being closed beyond the end of the month.

"It sounds like that would be very hard to enforce," says Moore of the suggested measures. "I certainly feel for the hospital staff wanting to have lunch in an open space. It shouldn’t be much longer that that park remains closed."