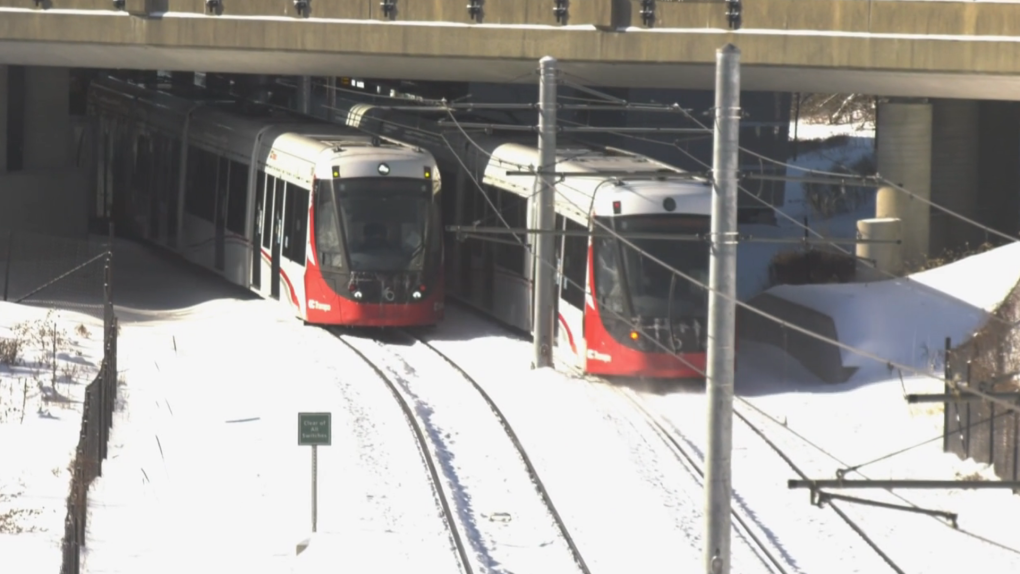 Ice on the train tracks shut down a portion of the Confederation Line LRT for a short time Saturday morning. It was the second weekend in a row that extreme cold has affected the light rail line.

The transit service said just before 6:45 a.m. that R1 buses were operating between Tunney's Pasture Station and Hurdman Station, with train service running from Hurdman to Blair. In a tweet, OC Transpo said the closure was due to "severe ice build-up" on the tracks.

✅RESOLVED, O-Train Line 1: Regular full service has resumed. All platforms at all stations are open. Thank you for your patience.

This comes as a major demonstration is set to take over the downtown core Saturday. A convoy of truckers and their supporters are set to arrive in Ottawa around noon for a demonstration on Parliament Hill against COVID-19 public health mandates. Many roads will be closed and driving will be difficult. Ottawa police are advising residents to avoid the downtown core if possible.

OC Transpo is also advising residents of a number of route detours and service delays because of the protest.

This is the second weekend in a row that extreme cold temperatures have affected service on the LRT line.

Last weekend, the extreme cold was blamed for damage to the overhead power system on four vehicles.