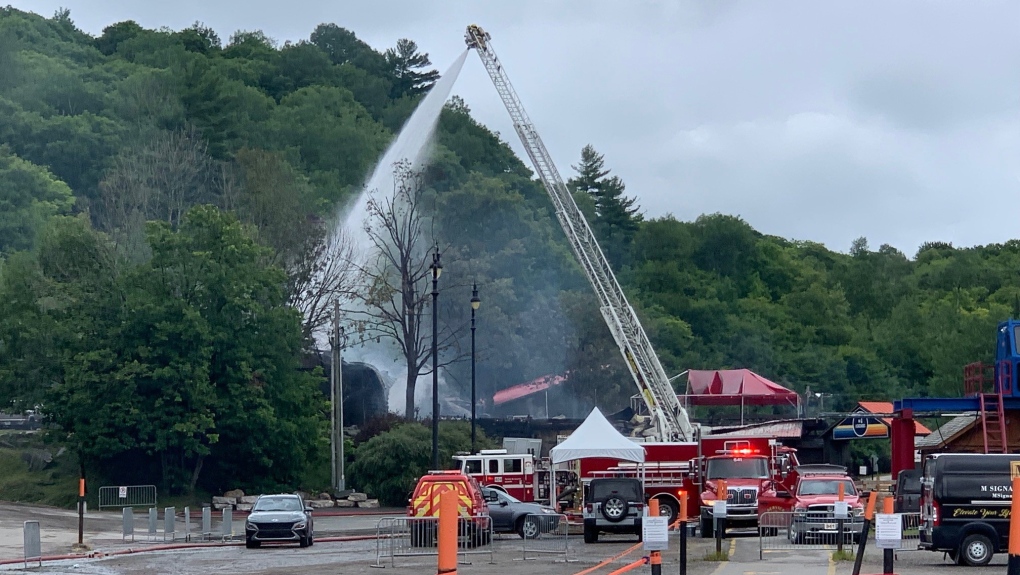 Fire crews at the scene of a fire at the main building at the Mont Cascades resort in Cantley, Que., Aug. 1, 2021. (Shaun Vardon / CTV News Ottawa)

CANTLEY, QUE. -- The main building at the Mont Cascades resort in Cantley, Que. was damaged by fire early Sunday morning.

MRC des Collines police said in an email that emergency crews, including the Cantley and Gatineau fire departments, were called to the water park and ski resort at around 7:30 a.m. on reports of a blaze in the main chalet.

While no serious injuries were reported, police said one employee suffered minor irritation from the smoke.

The fire is considered under control but what caused it remains unknown.

Mont Cascades said on its website it is closed for the day.