Election Day: Polls are open in Ottawa and eastern Ontario

OTTAWA -- After the 36-day federal election campaign, voters are now having their say in the 44th general election.

Long lines were reported at some polling stations in Ottawa this morning as voters cast their vote for a new member of Parliament in their riding.

Polling stations will remain open until 9:30 p.m. in Ottawa and eastern Ontario.

At the Canadian Museum of Nature, more than 100 people were in line when the polling station opened at 9:30 a.m. Some voters said it took 30 to 45 minutes to get through the line and cast their ballot at one of the 10 polls in the museum. 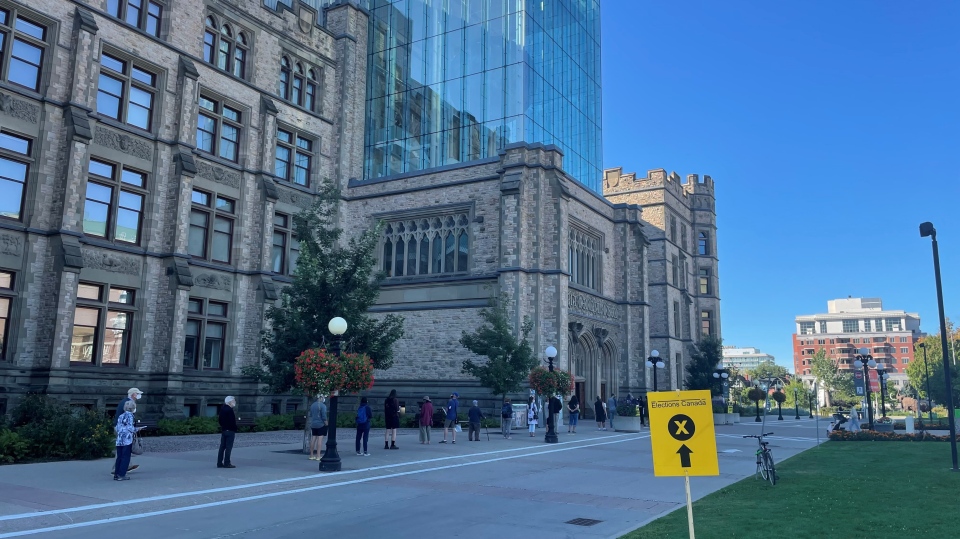 At the Courtyard by Marriott Ottawa Downtown Hotel, a line stretched down Dalhousie Street to York Street as voters waited in line.

Polling stations are located across all eight ridings in Ottawa.

Voters at Ottawa City Hall outlined their priorities in this election.

“Housing was the biggest one. I voted for the party that has the most aggressive housing policy,” said one voter.

“Child care, I would say so,” said another voter.

“Child care and climate change,” said a woman at the polling station.

To find your polling station, check your voter information card or visit the Elections Canada website, but Elections Canada notes that it has been experiencing some intermittent issues on Monday.

Please note that we are experiencing intermittent technical difficulties with the Voter Information Service application on our website.
Please check your voter information card or call us at 1-800-463-6868 to find your assigned polling location. #Elxn44

Elections Canada says you must vote at your assigned polling station. 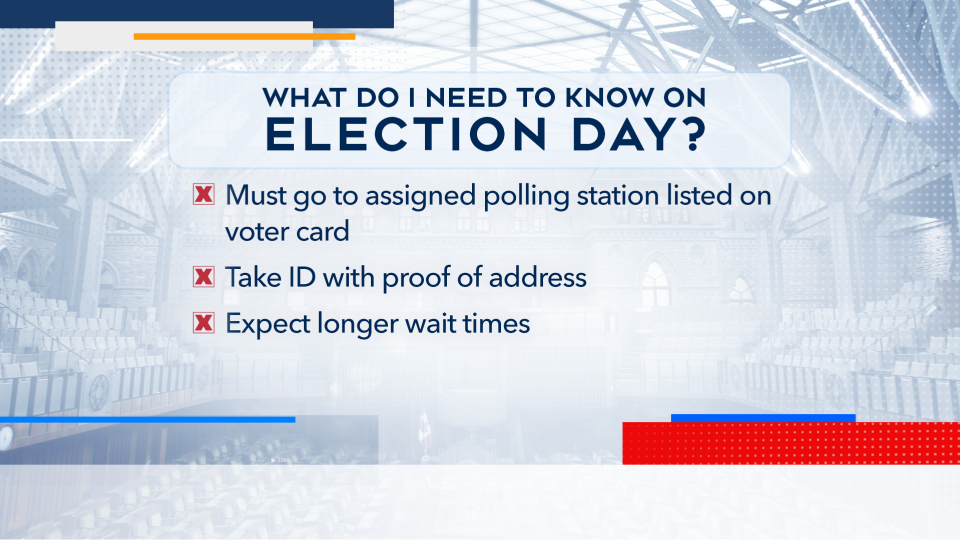 Voters will elect a new MP in the following ridings in Ottawa and eastern Ontario:

Elections Canada says when you go to the polling station today, things will be different than past elections.

"What's going to be different this time because of COVID-19 precautions, you may find that the wait is going to be longer," said Diane Benson, Elections Canada spokesperson.

"Everyone inside will be masked, all the workers, and there will be plexiglass screen in front of them."

Masks will be mandatory inside the polling stations.

All polling stations will have single-use pencils, hand sanitizing stations and physical distancing measures in place. 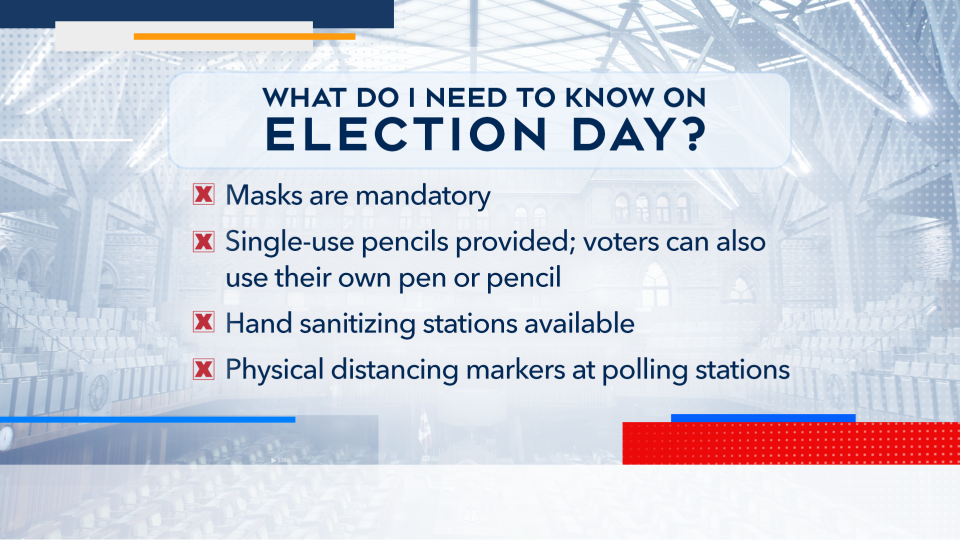 For information on the candidates in your riding, visit CTVNewsOttawa.ca.

Environment Canada's weather forecast for Ottawa includes a high of 24 C in the afternoon with a humidex of 27.

The special will air on CTVNews.ca and the CTV and CTV News apps, CTV, CTV News Channel, BNN Bloomberg, and CTV.ca.

CTVNewsOttawa.ca will have regular updates on local races as winners are declared.