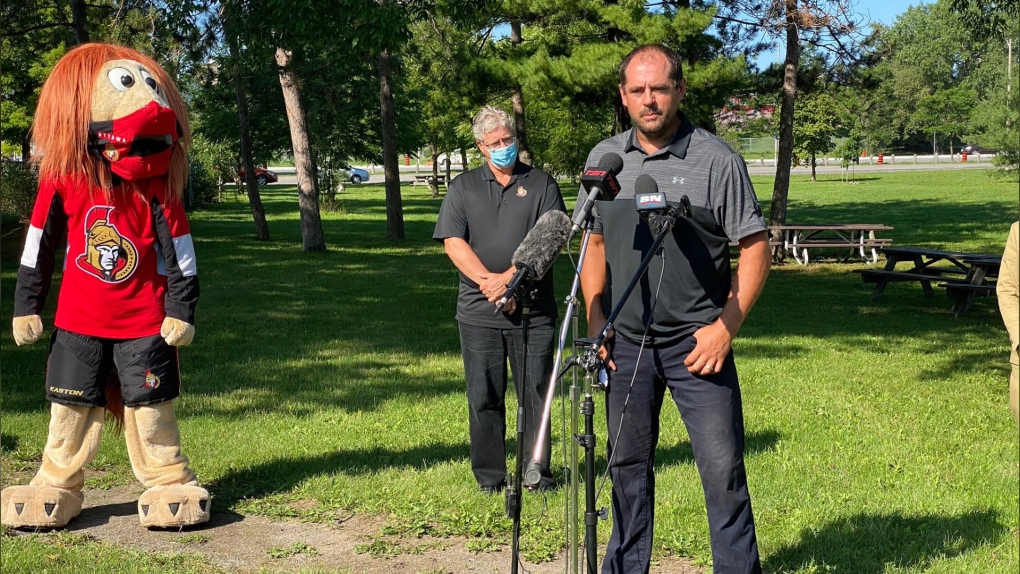 OTTAWA -- A beloved former Ottawa Senator has stepped down from his role running the team’s charitable organization less than a year after it was established.

Chris Phillips, the Senators’ all-time games played leader whose number 4 is retired at the Canadian Tire Centre, has resigned as executive director of the Senators Community Foundation.

Phillips confirmed the news to CTV News Ottawa on Wednesday, as first reported by The Athletic’s Ian Mendes. Phillips declined to comment further.

The Senators Community Foundation was established last August after the team’s previous charity, the Ottawa Senators Foundation, cut ties with the organization after 22 years.

The former Ottawa Senators Foundation, which raised tens of millions of dollars for local charities since it was founded in 1998, rebranded as the Ottawa-Gatineau Youth Foundation.

The team then established the new charity, with Phillips as its head, in a ceremony outside a COVID-19 testing centre at Brewer Arena. Senators mascot Spartacat handed out Phillips bobbleheads to people in attendance.

Phillips and his wife Erin have become known for their charitable works in the city in the past two decades. The team’s first overall pick in 1996 played 1,179 games in the NHL and has kept Ottawa as his family’s home.

CTV News reached out to the Senators Community Foundation for comment, but did not hear back yet.