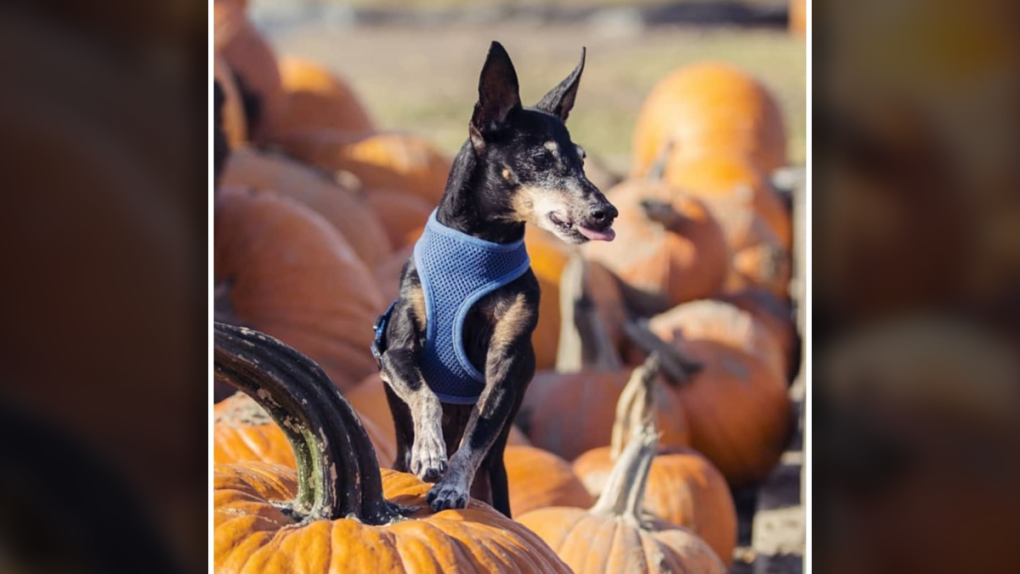 Charlotte Hannington says her dog Ellie was stolen from her car on Sunday at the Real Canadian Superstore on Richmond Road. (Photo courtesy: PETA)

OTTAWA -- An Ottawa woman and PETA are offering a $6,000 reward for the safe return of a dog that was dognapped from a parked car in Westboro last weekend.

Charlotte Hannington says her dog Ellie was stolen from her car on Sunday while she made a quick trip inside the Real Canadian Superstore on Richmond Road.

Hannington says she had left the window open a crack while she went into the grocery store, and when she returned to the car the dog was gone.

"There was no damage to the car, there was nothing else missing from the car," said Hannington, adding it appears someone had skinny arms or a tool to open the car lock and steal Ellie.

Ellie is a 14-year-old toy Manchester Terrier, with black fur, brown paws and was wearing a blue vest at the time of her disappearance. Ellie is sight and hearing-impaired.

Hannington has owned Ellie since she was in Grade 7.

Hannington is also offering a $1,000 reward for the return of her dog, while PETA announced a $5,000 reward on Friday afteroon.

"The panic and fear that this fragile, elderly little dog must feel at being separated from her guardian of more than a decade and everything she knows is difficult to imagine," says Stephanie Bell, PETA Senior Director of Cruelty Casework. "PETA is asking anyone who knows something about her disappearance to come forward immediately so that she can be returned home safe."

Ottawa police confirm it has received a report about Ellie being stolen, and an investigation is underway.

"I hope whoever took her is looking after her," said Hannington, noting it's been five days since Ellie was stolen.