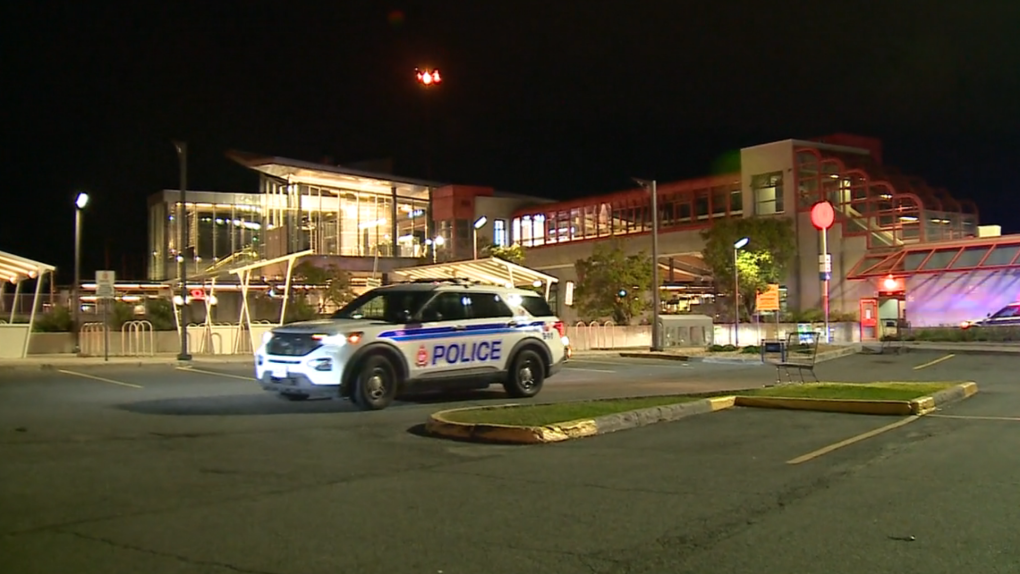 Ottawa police say several youths were arrested and two replica guns were seized near the Blair transit station on Friday, Sept. 24, after someone reporting seeing a person with a gun. (Aaron Reid/CTV News Ottawa)

OTTAWA -- Ottawa police say several youths were arrested and replica guns were seized Friday evening after someone reported seeing a person with a gun near the Blair transit station.

A large police presence was seen at the transit station and the nearby Gloucester Centre Friday night.

In an email to CTV News Ottawa on Monday, a police spokesperson said police were called at around 7:50 p.m. on reports that a young man had a gun. Officers arrested several young people on scene and seized two replica guns. Charges have been laid.

Police said the investigation is ongoing and additional charges may be possible.

No other information about the suspects was made available.