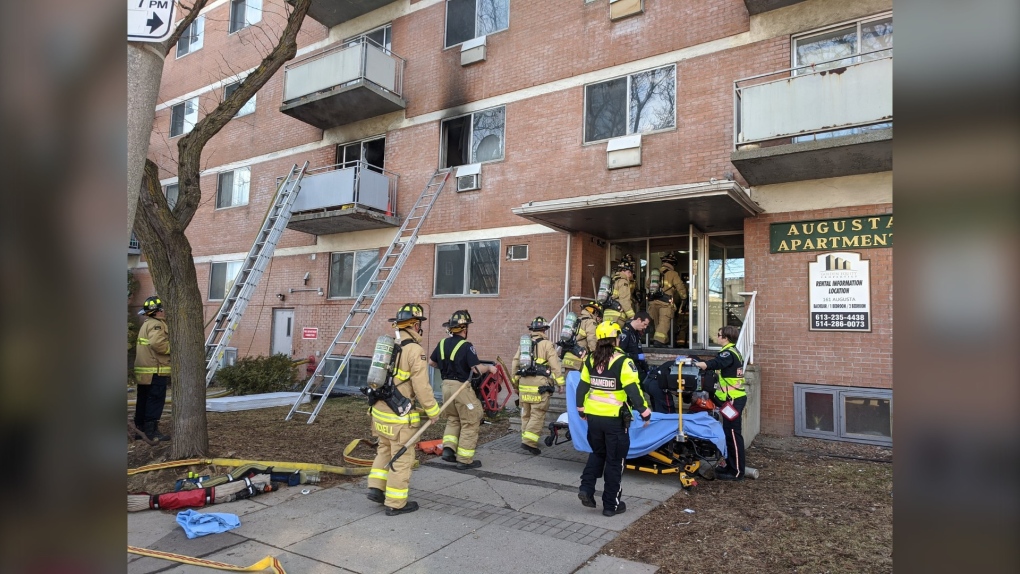 The fire started around 8 a.m. in a second floor unit at 161 August Street, near Rideau Street.

Both were taken to hospital in critical condition.

Firefighters got the blaze under control by just before 8:30 a.m. The cause is under investigation.