KINGSTON, ONT. -- A local volunteer conservation group says they are "devastated" after someone took hundreds of turtle eggs that the group was caring for this summer.

Mabyn Armstrong created the small group in 2018 after she spent years driving over the small bridge along Princess Street, near Collins Bay Road, that rises up over Collins Creek.

She says she watched many turtles die over the years while trying to cross the busy road in the city’s west end and wanted to do something about it.

Since then, she has come by to tend to the snapping turtles and painted turtles that live in the creek.

Earlier this year, she put down nest protectors that would protect the eggs from predators. It also had tubes to help the hatchlings wander into the water once they emerged from their shells.

On Sunday morning, however, Armstrong says she arrived to find the nest protectors raided by poachers.

"We were coming every morning like Christmas, to see how many presents we had that morning, "and then we arrived to see that they’d all been snatched," she says. “It was devastating. I collapsed. I felt so violated."

Armstrong says it happened between 9 p.m. Saturday, and 10 a.m. Sunday.

She estimates the poacher stole between 250 and 300 eggs from 11 of their 18 nest protectors.

Armstrong says it is clear it was a poacher because the scene looked like the perpetrator knew what they were doing.

"We saw that there were two footprints, we almost had the size and the pattern of the shoe, the person had stood over the nest protector and hoisted it," she explains. "Not to damage it. Just tossed it to the side and then got busy." 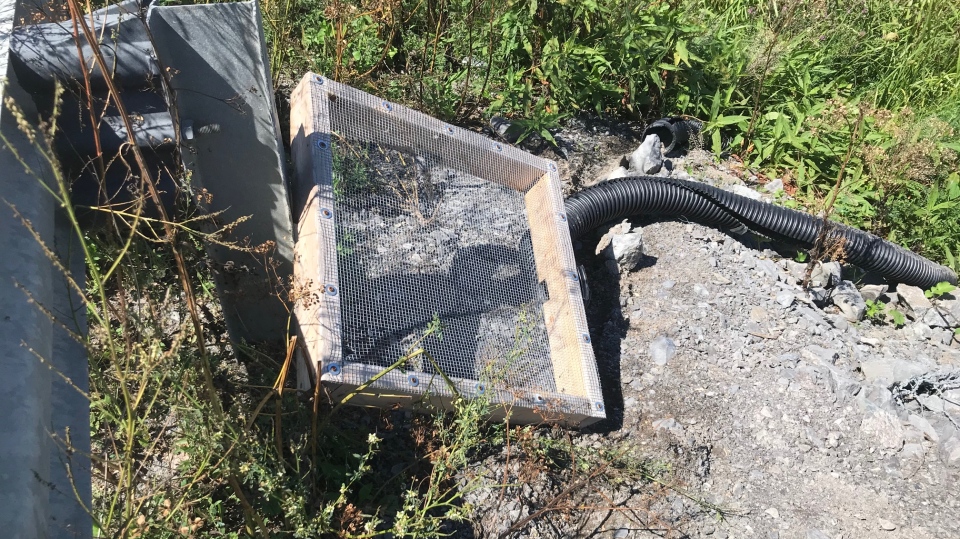 In a statement to CTV News Ottawa, herpetologist Steve Marks says the turtle egg poaching industry can be lucrative.

"People have been poaching eggs in Canada for many reasons," he explains. "The possible uses for the eggs include exporting to China to use in traditional Chinese medicines and food for many different people."

He also says they can be used as pets once hatched.

Marks says poaching has become a serious issue throughout the province.

"We have eight species of turtles in Ontario and all the species are already at risk of extinction and are being poached at unsustainable levels," he explains.

Under Ontario’s Fish and Wildlife Conservation Act, the penalty for buying, selling and trading is up to $100,000.

Jordan Hastings has been volunteering with the group since 2019; he says the loss has been tough.

"I was really looking forward to the ending of it all, when the fruits of our labour would be realized and we’d get to see all these babies come out," he explains. "The loss of the hatchlings is devastating."

Armstrong says since the raid they have found 60 hatchlings that emerged from underground and made their way into the water.

Despite the setbacks, she says she’ll continue to push on, because future hatchlings need to be protected.

"It’s simply the right thing to do."

The Ontario Ministry of Natural Resources says it is investigating but offered no further comment.