What you need to know about Canada Day celebrations in Ottawa

What you need to know about Canada Day celebrations in Ottawa

A sea of red and white filled downtown Ottawa and LeBreton Flats to celebrate Canada's 155th birthday, while residents also packed Canada Day events across the city of Ottawa.

Tens of thousands of people are attending the first in-person Canada Day events in Ottawa in three years due to the COVID-19 pandemic, and the first Canada Day with events at LeBreton Flats and Place des festivals Zibi in Gatineau.

There is a strong police presence through the downtown area and around the Canada Day festivities at LeBreton Flats to keep people safe, and in the event of any protests.

"Come, don't be worried. This is a festival. This is to celebrate Canada, that's why we've gone to the extent we have to put the plans in place and the resources around it," interim Chief Steve Bell told The Evan Solomon Show. "It's going to be a safe environment, that's why we're here to ensure that."

A motor vehicle control zone remains in effect in an area from Sussex Drive/Colonel By Drive in the east to Booth Street in the west and Wellington Street to the north to Laurier Avenue to the south. There is no on-street parking or stopping in the area, and any vehicle failing to observe the rules may be ticketed and towed.

Several roads in the downtown core and around LeBreton Flats will be closed throughout the day, along with the Alexandra Bridge, Portage Bridge and Chaudiere Crossing.

Hundreds of people took part in a "March to Freedom" protest event in downtown Ottawa, with protesters chanting "No More Mandates", "Freedom" and "Liberte."

Just before 1 p.m., dozens of people gathered on Wellington Street in front of Parliament Hill and chanted "Free Pat King."  Pat King was one of the organizers of the "Freedom Convoy", and remains in jail on charges connected to his involvement in the three-week protest.

CTV News' Mackenzie Gray reported say some protesters tried to set up a table in front of Parliament Hill, but Bylaw Services officers moved in to order them to remove the table.

Police on Guard for Thee announced late Thursday evening a Family Day picnic in Strathcona Park had been cancelled.

"Police on Guard has decided that given a recent incident in Ottawa, we are canceling our Family Day Picnic Event we had planned in Strathcona Park," Police on Guard for Thee said on Facebook.

"We apologize to everyone who had plans to attend. We will provide more information in the upcoming few days."

Some Ottawa residents decided to skip a trip downtown for Canada Day, celebrating at one of several community events across the capital.

"This is local, it's easy and they have a lot of activities targeted towards the little ones," Steven Knapp said while attending the Barrhaven Canada Day event.

At Petrie Island in Ottawa's east end, people enjoyed a day at the beach and Canada Day festivities.

"It’s a day we all go together, have fun and just enjoy this day together."

People planning to attend Canada Day events at LeBreton Flats are being reminded there are rules for signs, banners and flags.

Cardboard and Coroplast signs and banners are allowed, while wood and metal signs are prohibited. The maximum size is 61 cm x 24 cm by 1 cm.

Flags may be hand-held, but may not be affixed to any structure or mast.

"All signs or banners cannot be left unattended. Messages that are obscene, offensive or that promotes hatred are prohibited," Canadian Heritage said.

Visitors to the Canada Day events at LeBreton Flats and to Parliament Hill must pass through airport-style metal detectors and have their bags searched before entering.

Several Canada Day events are scheduled across the city, from Constance Bay, Stittsville and Kanata to Orleans.

You can visit OC Transpo’s Travel Planner to plan your trip.

If you are going to LeBreton Flats, you can take the Confederation Line or a bus to Lyon Station and walk to the event site entrance on Wellington Street.

The Société de transport de l’Outaouais (STO) will be providing service at no charge on July 1, and it is the only option to get to and from Gatineau.

The motor vehicle control zone remains in effect from Sussex Drive/Colonel By Drive in the east, Booth Street in the west, Wellington Street in the north and Laurier Avenue in the south.

There is no on-street parking or stopping as indicated by posted signage on roads in the control zone. 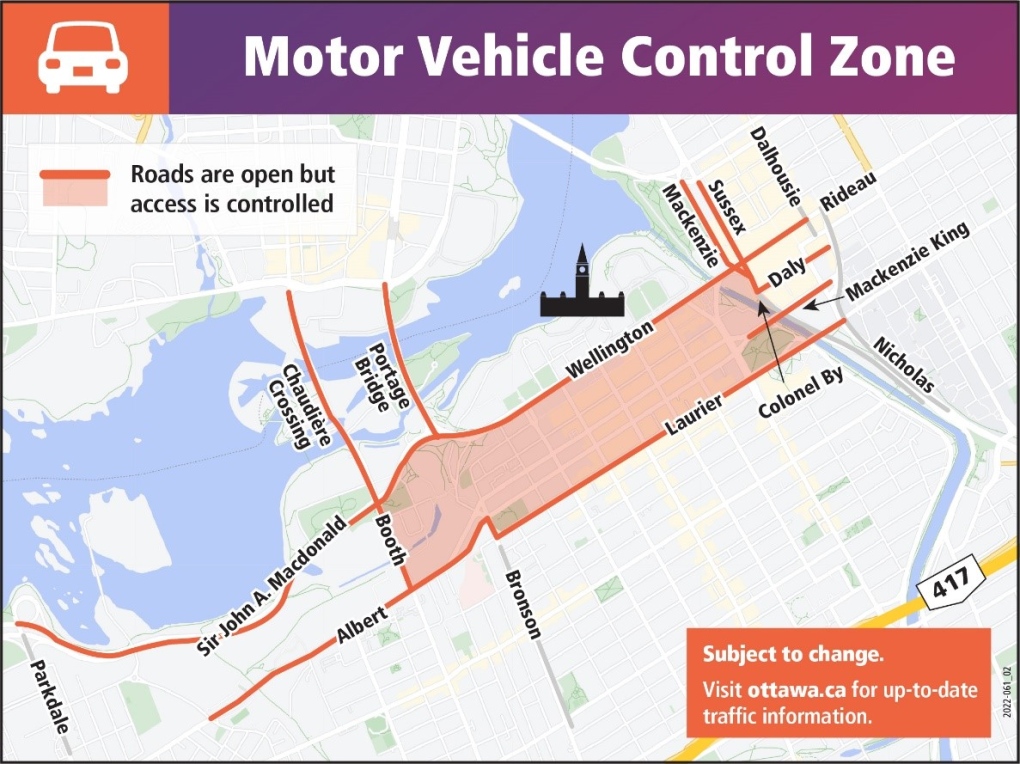 An ICU physician is criticizing Ont. Premier Doug Ford's throne speech, saying the government 'has no plan' to help health-care workers and may not believe 'there's any type of crisis' in the province's overburdened hospital system.