U of Ottawa students stage their own tuition protest 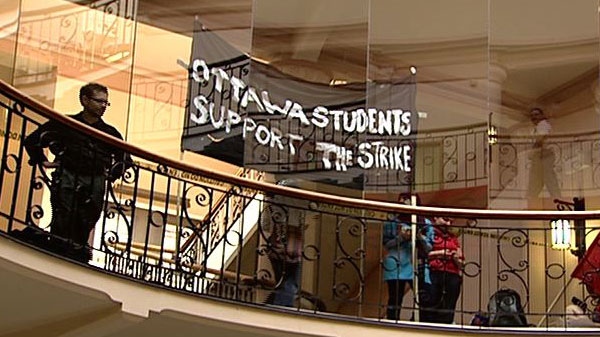 A group of University of Ottawa students are taking inspiration from their counterparts in Quebec.

A small number of University of Ottawa students are trying to bring the Quebec tuition protest spirit to their campus.

About 25 students have barricaded the entrance to the school's administration office to protest a proposed five per cent tuition hike.

They said they want the university to reverse their decision and freeze tuition fees for the 2012-13 school year.

University of Ottawa officials are set to vote on the tuition increase on Monday.

Increasingly large and boisterous protests in Quebec have been happening for over 100 days despite a recent emergency bill to crack down on protest organizers.