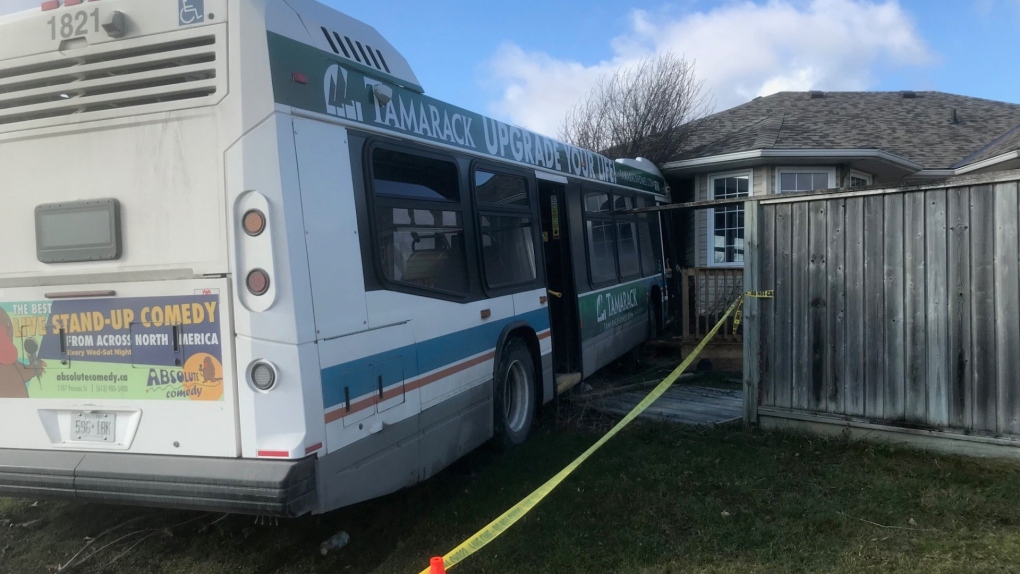 KINGSTON -- Kingston police say a 19-year-old Odessa man is facing a charge of failing to stop for a red light in connection to a crash that sent a Kingston Transit bus into a home last week.

Last Saturday, a bus crashed into a home near the intersection of Centennial Drive and Kingsdale Avenue/Malabar Drive.

Witnesses told CTV News Ottawa the bus was crossing through the intersection on a green light when it was hit by a pickup truck after the driver allegedly ran a red light. The bus then crashed into a home on Mohini Drive.

A passenger on the bus was treated for minor injuries.

In a statement to CTV news Ottawa, Kingston police say the driver of the truck, a 19-year-old Odessa man, has been charged with "Red Light – Fail to Stop" under the Highway Traffic Act.

Police say the investigation concluded the northbound truck did not stop for a red light, and the transit bus was travelling through the intersection westbound on a green light.