The owners of a well-known downtown Brockville business have announced they are retiring, ready to sound the final charm at the Heritage Clock Shop.

"It always comes up in your mind as you get older, but because we were so attached to our store it was a difficult decision to make," said Barbara Fortier, who owns the business along with her husband Gaetan.

The third generation family-owned business started in 1993, after Barbara's father taught Gaetan how to repair clocks and watches.

"He took it up as a hobby at first and found that we were getting busier and busier," Barbara said. "My dad was a clockmaker and watchmaker, so Gaetan apprenticed beside my dad for a number of years and dad came and worked here for 17 years after that."

"Being of German descent, he was very, very strict," said Gaetan with a smile. "When you are learning, you've got to learn the proper way and if something is not right you've got to redo it over again.

"I said to my wife, 'well we'll open up the store and see how it goes and within a month we'll get another job or something,' but never looked back, always been busy and never ran out of work," added Gaetan.

The shop expanded over the years, doubling in size. Open from Monday to Saturday, the husband and wife team routinely worked seven days a week, offering in-home repairs throughout eastern Ontario.

"We felt we needed to service our customers. We were quite unique, so we were often travelling to Montreal, Cornwall, Kingston, Belleville area, 401 corridor often," said Barbara.

"I used to take one day a week to take house calls, but when it got to the point where it got too busy in the store, we tried to do them at night so then it made the day longer," added Gaetan. "At least a couple Sundays a month we'd go out and do house calls, so it's basically close to seven days a week."

In his repair room, Gaetan has been finishing some final projects, with multiple grandfather clocks ticking away behind him, including one he's already repaired, making sure they are timed correctly.

"I can only do one at a time, because you can only do one, you can't have two, three clocks all apart because you don't want to mix the pieces," he said. "I've got a few left to do yet but we're getting close. I'm not taking anymore repairs, mechanical ones." 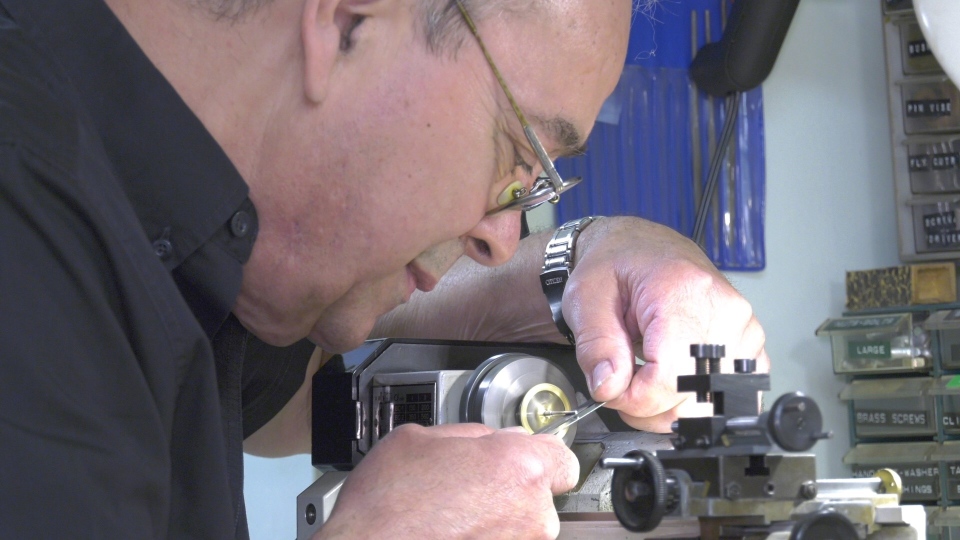 The shop was a busy place on Wednesday, with customers making purchases, wishing the Fortiers a happy retirement, but also sad to see them go.

"I'm sorry they are retiring. I love this shop. Every time I come to Brockville, I try to come in here," said Laura Finucan from North Augusta, buying gifts for friends.

"I just love this shop. I could buy anything in here," she added. "I'm going to miss them for sure. They make it really easy to come in here. I don't like shopping but I do like shopping here because she's a great help." 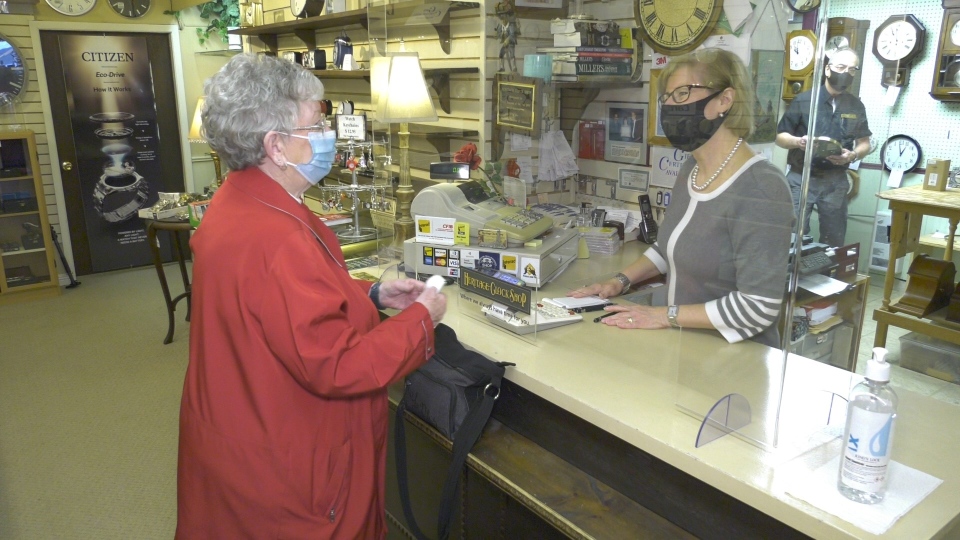 "Very sad. Very happy for them, but very sad for us," said the Deacons from the Kingston area, getting watch batteries replaced. "They have been wonderful shop owners and friends. They are second to none."

The shop's final day is planned for May 28. The Fortiers own the building and have the business up for sale, hoping a new buyer will take it over.

"We have an ad in a journal through the British Horological Institute in England," said Barbara. "They have a journal that goes out throughout the world so the April issue will have a half page ad for the sale of our business.

"Hopefully we'll be able to get someone connected with us to be able to pass this on to someone else. There is a big need, not only because we've done it this long, but business has really gotten very busy for us, we can't' keep up.

"We are getting to the age that we are getting a little tired and need to move on, but for a family or a husband and wife team, it's the perfect business to be in," Barbara said.

"That's the plan, that's really what we would like to happen," added Gaetan. "Hopefully somebody will come along and buy it and that would be great and keep the doors open."

Melissa Boulton of Downtown Brockville says if new owners take over, they will have big shoes to fill.

"We are sad, we are happy for them and just excited at the same time," she said.

"Barb and Gaetan have been exceptional members, they have really helped us in our role with Downtown Brockville, especially with a variety of leadership through the 29 years they have been here," Boulton said.

"They've helped us do new things, reinvent new things, they've been active members. It's sad, but we're so happy for them. We've been helping to share that news (of the sale)," she said.

The Downtown Brockville Facebook page broke the news of the Fortiers' retirement, with the couple receiving hundreds of responses. 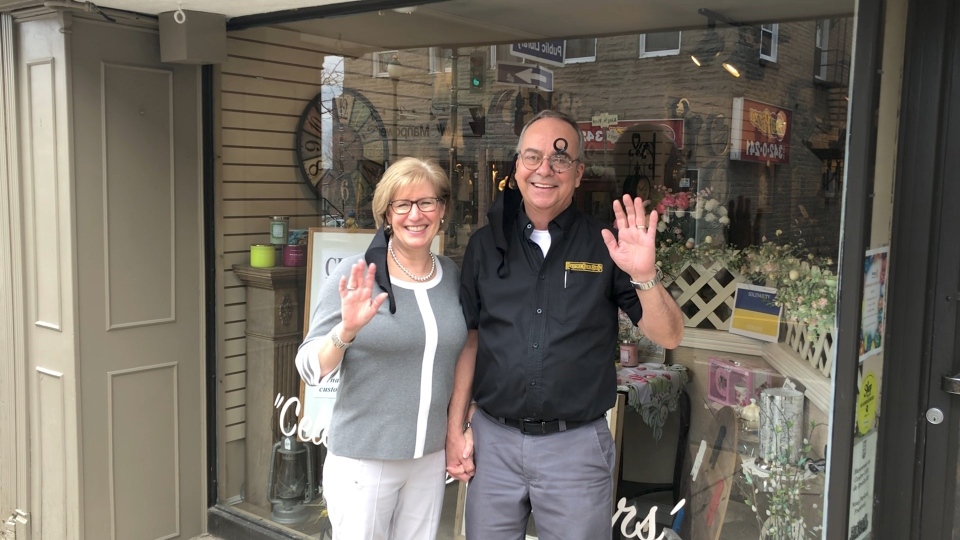 "We have heartfelt bittersweet feelings about it, it really brought tears to our eyes," said Barbara.

"We want to thank our customers for supporting us over the years," she added. "It's been a privilege and a joy. We started very small and have them to thank for our growth over the years. It's just been a good experience."

"They have become family, they have become friends," said Barbara. "We know them by first name, we know what they like, we are always happy to see them and it's not only because they are coming to purchase something, just to come in and say hi and that's always been an open door for us."

The couple says they have no big plans for retirement, as time slows down after a nearly three decades.

"Rest! For the first little while just until the dust settles," said Barbara.

"Right now I just want to relax for a little bit, and then we'll go from there," Gaetan said.