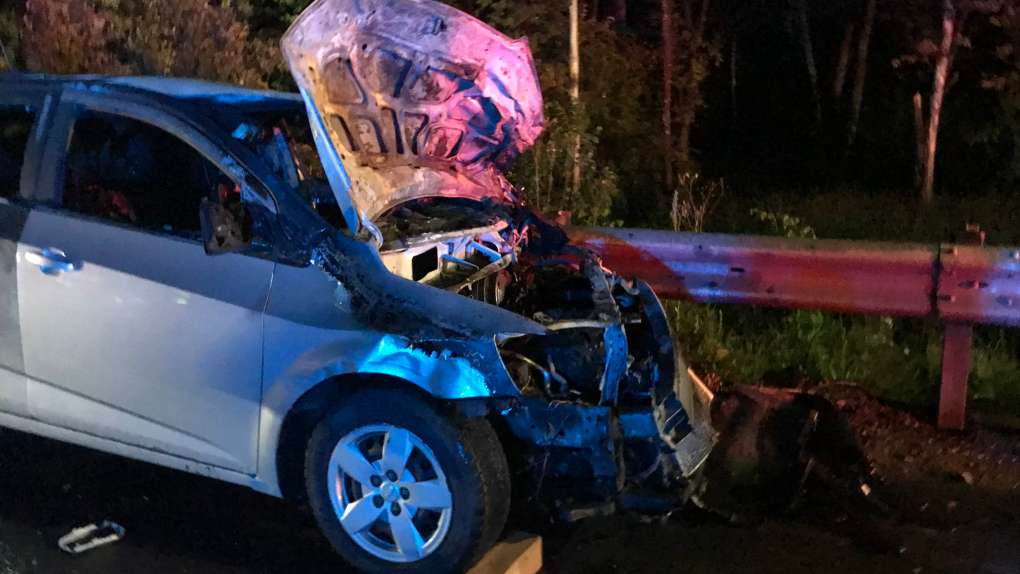 Three people were injured, one critically in a two-vehicle crash on Highway 174 in Ottawa. Aug. 8, 2022. (Photo: Ottawa Fire Services)

Three people were injured, one critically, after a fiery crash on Highway 174 overnight.

Emergency crews responded to a two-vehicle collision in the eastbound lanes of the highway near Trim Road at around 12:30 a.m.

Ottawa Fire Services says one vehicle was on fire but everyone inside had gotten out safely.

However, an individual was trapped in the second vehicle. While one fire crew was putting out the fire, the second worked to help stabilize the other vehicle get the trapped person out. The victim was extricated by 1:10 a.m.

Ottawa paramedics say one man was taken to hospital in critical condition. A woman and a child were also hospitalized in serious but stable condition.

Police had closed a section of the highway between Trim and Quigley Hill roads for the investigation. The cause of the crash is unknown.