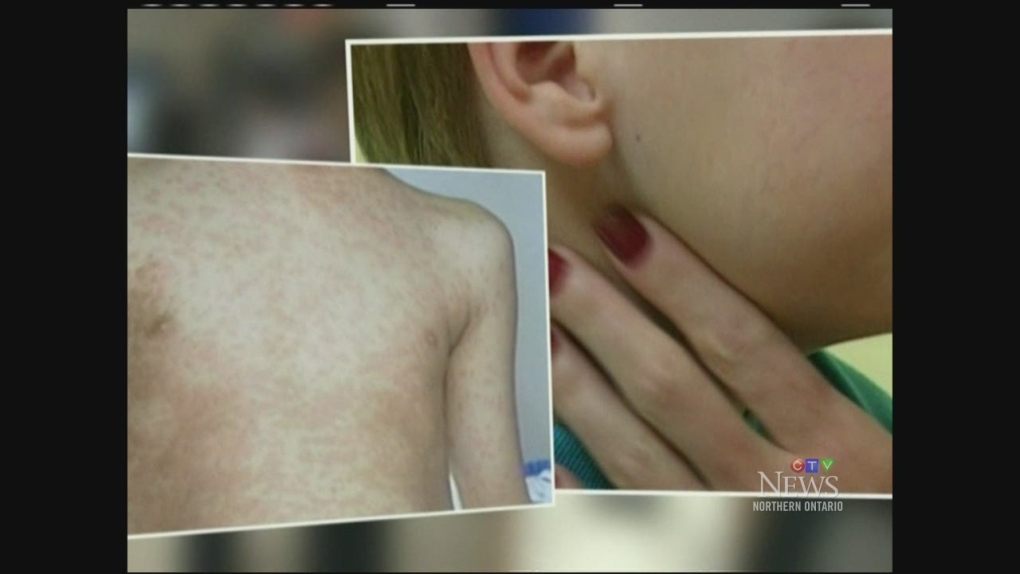 The cases are in unvaccinated or incompletely vaccinated people who have not received all of their required measles vaccines.

OPH says the risk of contracting measles in Ottawa and Lanark County is low for those who have been vaccinated.

Measles is a virus that lives in the nose and throat mucus of an infected person and can spread to others through coughing and sneezing. It can lead to ear infections, pneumonia, swelling of the brain and even death.

If you think you may have been in contact, call your local health unit.

Before seeing your health care provider, be sure to let them know you're coming if you think you or someone in your family may have measles.