The secret behind Pumpkinferno at Upper Canada Village

MORRISBURG, ONT. -- The annual fall event has returned to Upper Canada Village, with thousands of pumpkins dotting the historic landscape in Morrisburg, Ont. for Pumpkinferno.

Back for its tenth year, the event is a labour of love for park employees, with work beginning in January.

"So here we have all of our uncarved pumpkins, so this is step one in the process," said Carlie Smelko, special events officer for Upper Canada Village, and former pumpkin carver.

"Each box contains one pumpkin and from here the carvers will grab it, bring it into the dark room and we create the sculptures out of multiple pumpkins." Smelko said.

Design work for the layout of the event begins in the winter, along with ordering up to 28 different styles of artificial pumpkins.

"Although they are artificial, they are moulds of real pumpkins so they have all those grooves and imperfections that a real pumpkin may have," said Smelko.

The pumpkins are made from polyurethane, a hard Styrofoam. They are lightweight, but not cheap.

"Depending on the size, average cost is about $40 to $50 per pumpkin, American," Smelko said.

Once designs are approved, it's time to start carving. The park hires five carvers every year, from local artists to students. 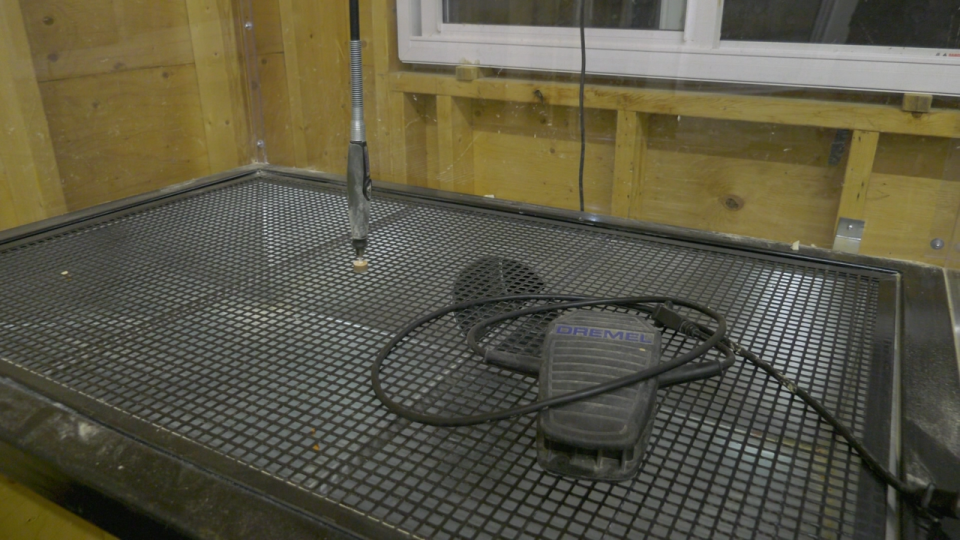 "This is where a majority of the work is done, sometimes the carvers are carving for nine hours all day," said Smelko, in a ventilated room with five desks and rotary tools.

"We're all geared up in these tyvek suits, goggles or glasses, big earmuffs, big masks. You look you are in some kind of sci-fi movie honestly, and it's loud but you can just zone in and it kind of goes by so fast," said Smelko. "You can be carving a pumpkin for an hour and it feels like 10 minutes," she said.

Smelko said the uncarved pumpkins are built into the sculptures first for the year's themes.

"We draw on the pumpkins what the design is, take it all apart and each individual pumpkin piece is carved at this table," Smelko said. "They're all numbered, we put them in a box, once everything is carved for that exhibit they're all put back together like a puzzle."

"It's pretty enjoyable too if you are carving something that's pretty intricate or something like a face of a person," said Smelko. "You want to take that care that every little traced mark is accurately carved because you want the final product to look as accurate to the design as possible."

Smelko adds the carvers take ownership of the event and work with passion daily.

"It's still a very impressive thing that these carvers do," she added.

"We bring the designer in in April, carvers start in May and then from May to August it's just production, carve, carve, carve," Smelko said. "Setup starts in September and the event starts in October."

New themes are added every year, and displays are built differently throughout the park.

Additions for 2021 include an Area 51 exhibit, the Roaring 20s and a new sound and light show.

"With everyone being cooped up with COVID-19, people have not been able to go to concerts for example so we wanted to bring a concert feel to this event," said Smelko.

"We have a brand new rock show, you're going to be singing and dancing all night and we can't wait to show you what we've come up with this year," she added. 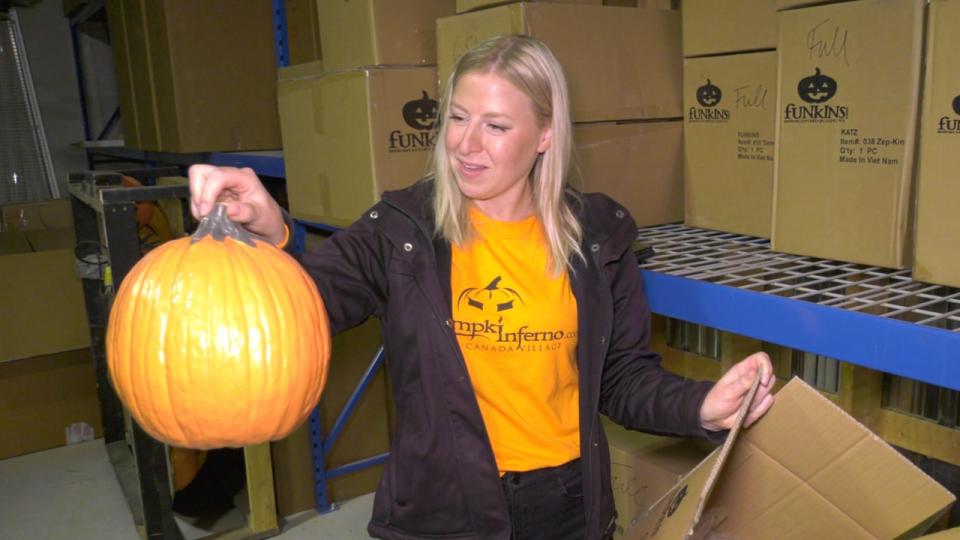 "People are just blown away, it's quite a magical experience," Smelko said. "It's something that you can't find anywhere else. The village itself is a great backdrop, we have these old historic buildings, these beautiful trees, it's just a perfect environment for something this harvesty and family-friendly."

"It's not scary, it's Halloween, but it's not scary so your whole family will enjoy," she added.

With some displays not being used, the team decided to launch another Pumpkinferno at Fort Henry in Kingston to celebrate their 10th anniversary.

"Guests can experience a similar event at the fort where they'll get to tour around the ditch and the main area to see over 4,000 pumpkins lit up at night," Smelko added.

"We're super excited. People have been cooped up, they want to get out, this is a nice safe environment for them," said Heather Kearney, guest relations and corporate communications manager for St. Lawrence Parks.

"You can bring the whole family, bring your kids, bring your grandparents, come and experience the magic of Pumpkinferno," Kearney added.

To walk through the display nightly takes around 40 minutes, and larger groups are allowed on site for 2021.

"Last year we had a capacity of 60 people per half hour," Smelko said. "This year we were able to more than double it, so 150 per half hour and it's still very safe onsite."

Masks are only required in buildings, and guests do not need vaccine passports.

Tickets are on a timed entry system, and guests have 30 minutes to enter. Once they are inside the park, they can take their time walking through the displays.

Tickets are only available online and the show runs until Oct. 31. 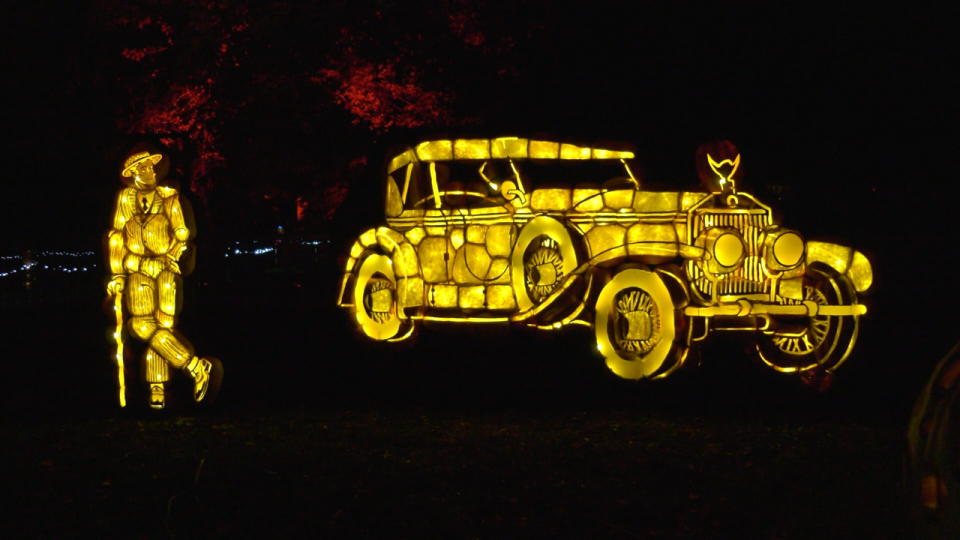 "For us, Halloween starts in May and they work hours and hours to create all of this art and its true art," added Kearney, saying tickets are selling out fast for the month.

"People really need to think about the weeknight experience, it's a little bit quieter, you can take your time a little bit more, we are open seven nights a week so come see us on Monday, Tuesday, Wednesday or Thursday."

Tuesday night was accessibility night, allowing people with mobility restrictions to drive through the display.

"It's amazing, worth going to," said Chris Bullard of Morrisburg.

"It's amazing. It's the first time we've been here. It's awesome," said Judy McDonell who made the drive from Belleville.

Rave reviews for the event, even if the secret of the pumpkins is now out in the open.

"I like to say that the pumpkins are artificial, but the magic is real," smiled Kearney.