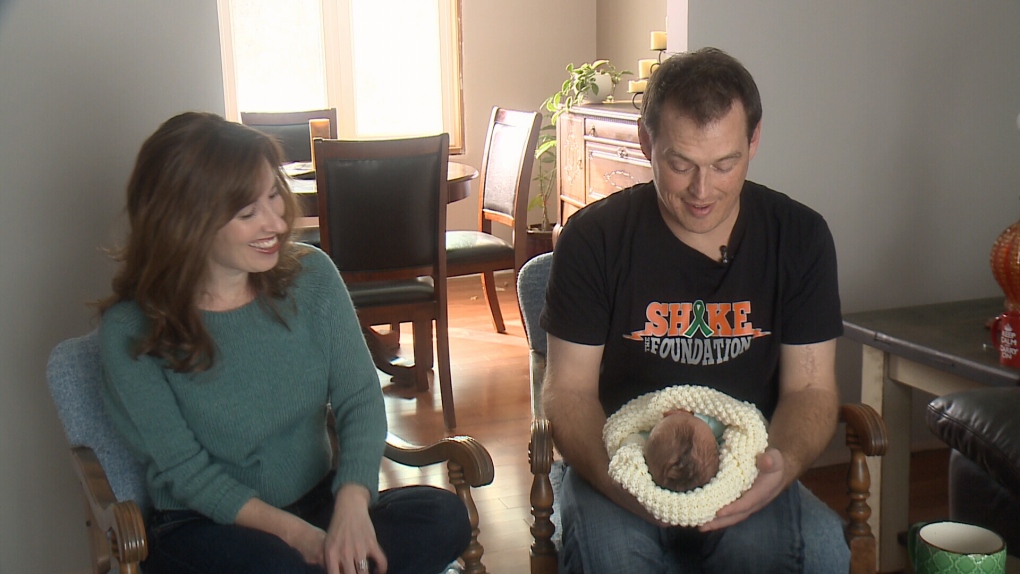 An Ottawa volunteer firefighter who received a lifesaving transplant in 2014 has welcomed a baby girl into his life.

"What better proof that organ donation works that instead of my family, my parents attending a funeral two years ago they are welcoming a beautiful granddaughter," said Craig Dunbar.

Dunbar was diagnosed with renal failure in 2007. He found out by chance, after he sprained his ankle playing baseball. He said he spent more six years as a slave to his dialysis machine.

After CTV Ottawa did a story on his family's social media campaign, Kidney4Craig, a family friend donated a kidney. Dunbar said it was only fitting that he name his daughter after Ann Gervais, the woman who saved his life.

"I wouldn't be here if it wasn't for Anne donating a kidney," he said. " Ann gave me the second chance at life. Her and her family are such amazing people that I thought it was only fair she have Ann as a middle name."

Upon hearing the news, Ann Gervais said she was blown away.

"Life is so fortunate. To be part of this whole process where you can save a life and then create another one. It just took my breath away," Gervais said.

Dunbar said he has dedicated the rest of his life to increasing awareness about organ donation and increasing the number of people on the donor list. His latest project, Shake the Foundation, is a musical event raising money for the Renfrew Hospital's Dialysis Unit.

"I'm not worry about what is going to happen next. I know I'm going to be here with her," said Dunbar.