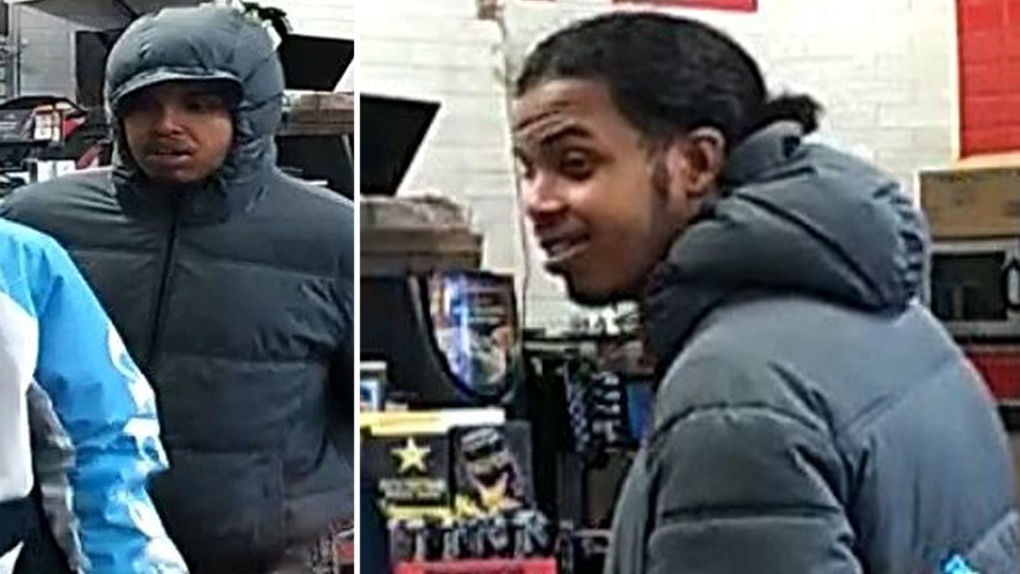 Ottawa Police say they're searching for this suspect of a robbery on Bank Street last Tuesday.

OTTAWA -- UPDATE: Police say the suspect has been identified.

Ottawa Police are searching for a suspect after a convenience store robbery on Bank Street last week.

The clerk refused and the suspects fled.

Police say one suspect has been arrested.

The second suspect is in his 20s with black hair, possibly in a bun, and was wearing a grey puffy winter jacket, police said.

Anyone with information is asked to contact the Ottawa Police Robbery Unit.