Scrap yard fire in Brockville could be seen from one kilometre away; halts train traffic

BROCKVILLE -- A massive fire at a scrap yard in the central part of Brockville Wednesday morning kept fire crews busy, and stopped train traffic for a couple hours as crews contained the blaze.

Brockville Fire received a call at 8:18 a.m. for a fire at a storage and scrap yard on the east end of Hamilton Street, owned by Harold's Demolition.

Fire Chief David Lazenby said the first trucks arrived on the scene in a couple of minutes.

"Initial crews that responded were the Brockvillle Fire Department, and then closely after we initiated mutual aid and we called in Elizabethtown-Kitley, and then subsequently North Augusta Fire Department," Lazenby told CTV News Ottawa Wednesday afternoon.

"The fire had already kind of developed a significant hold," Lazenby added. "Smoke and flames visible from, I was at least a kilometer away, and I could tell that we had a pretty decent working fire that we were responding to." 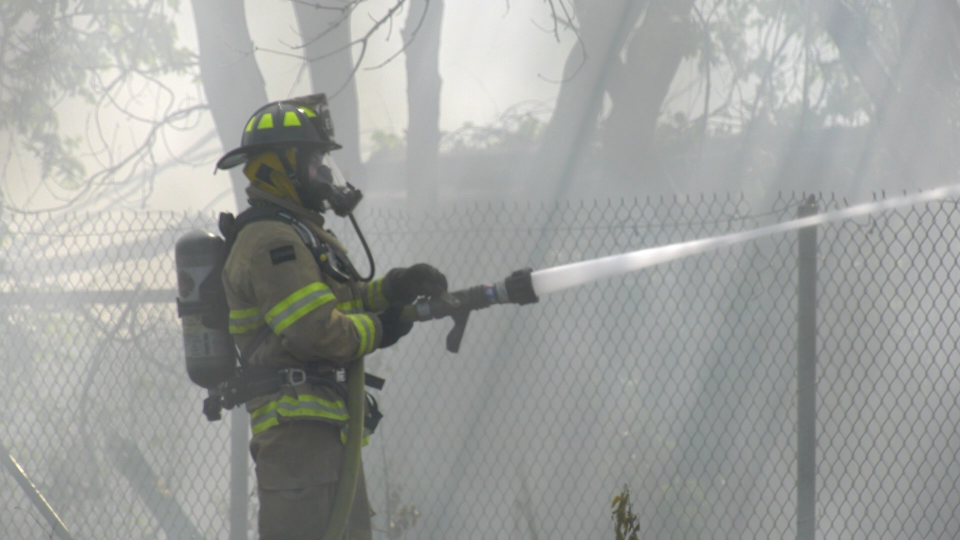 Approximately 30 firefighters were at the scene, including an aerial pumper spraying water from above.

"Crews did a really good job," Lazenby said. "We surrounded the fire quickly and probably within the first hour we kind of had it contained somewhat."

"There is a lot of lumber that's being stored on the site, so because of the very nature of the material that was burning, it's very deep-seated and we're going to be here for quite a while, just tamping down."

The breezy morning conditions did not help matters, as smoke blew north across the main CN Rail line that runs through the city.

"We have to shut down the rail lines, so we worked with CN crews to coordinate that and the subsequent travel of the both a goods train and a passenger train that was held up because of the fire," Lazenby added.

Brockville fire was called to a smaller fire at the Harold's Demolition Site on the west side of Hamilton Street just two weeks ago. 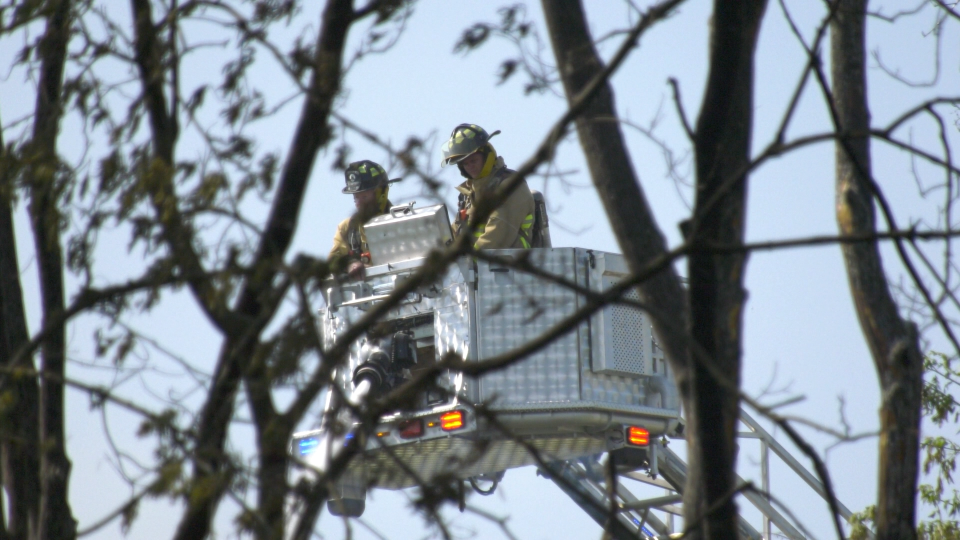 By 1 p.m., an excavator was on the scene helping firefighters to put out hot spots.

"The hi-hoe is just going to be assistance to us in terms of breaking down some of the high piles of lumber that's stored on site," said Lazenby. "Then we can dump it down and get the extinguishing agent onto what's burning more effectively and quickly."

On Stuart Street, southeast of the fire, residents awoke to sirens and the smell of smoke.

"There was smoke billowing down the street, it was really scary," said Rebecca Bredin.

"I'm so thankful for all of the people in our area, our first responders especially people from  Elizabethtown-Kitley and North Augusta because it was crazy." Bredin added.

Glen Mansfield also awoke to sirens, and a phone call from his wife who was walking to work, saying there was a fire behind their home.

"By the time I got my shoes on and out the door, the fire department is coming down the street," Mansfield added. "Before you know it there was smoke everywhere it was all black smoke billowing from the top of it." 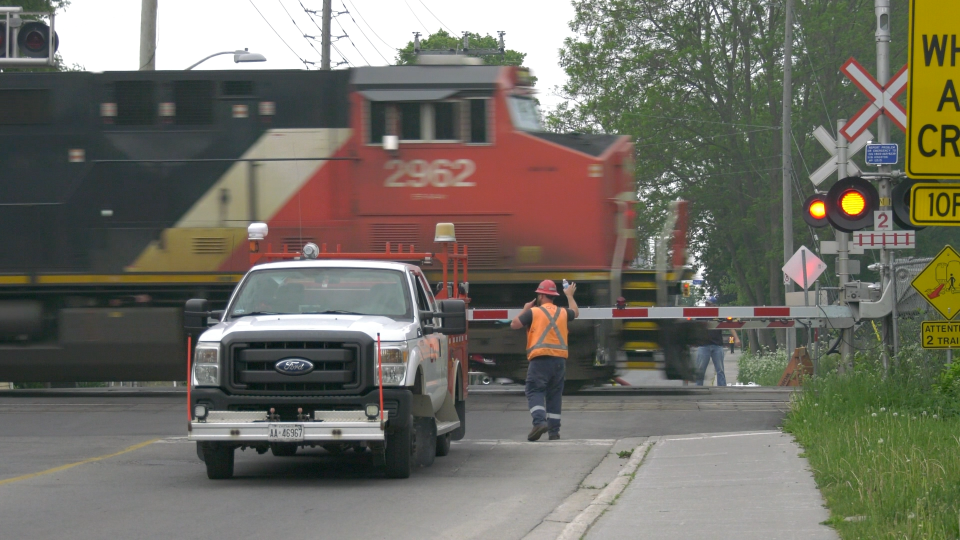 Mansfield noted there is a pathway between the CN tracks and the demolition yard.

"The building is full of holes in the back...It's just so easy to throw a match or a cigarette down there and catch the building on fire," Mansfield said.

Chief Lazenby said no one was at the site when the fire broke out and no injuries have been reported.

"We're going to be here for quite a while," Lazenby added. "Obviously, our focus has been on fire fighting at this stage and any subsequent investigation is still to come tonight."

Lazenby said crews will remain on the scene throughout the day as the investigation continues.