BROCKVILLE, ONT. -- A new remote control race track north of Brockville has recently opened to the public, and it's pumping life back into an underused park.

"We were looking for something kind of outside the box because obviously our parks have been underutilized," said Elizabethtown-Kitley councillor Christina Eady. "Not a lot of baseball or soccer going on, especially due to COVID, so I was thinking of different ideas and this was one that came to fruition."

The grass covered diamond hadn't been used in about 10 years. The idea for an RC race track came from her neighbour.

"I actually saw my neighbour driving down the road and said well that's a silly place to drive," Eady said. "Then I started looking into it and the history and then I started researching more and found out that this is actually a really popular sport, so I thought we'll give it a try here."

With the help of another councillor, Tom Linton, the duo volunteered their time to create the track over a few weeks.

"Back in the day, I can remember having a few drinks here and enjoying myself on Sundays," Linton said about the park. "Some of the coed softball leagues have died off, the park has been pretty well underutilized."

Local construction companies L.A Knapp and Tackaberry pitched in with materials and equipment to begin the transformation.

"It was great to have some local support," Linton said. "It's really been minimal, the cost, and the effect to have for the people out here is really refreshing to me."

Linton said around 40 people showed up for the grand opening to try out the track. 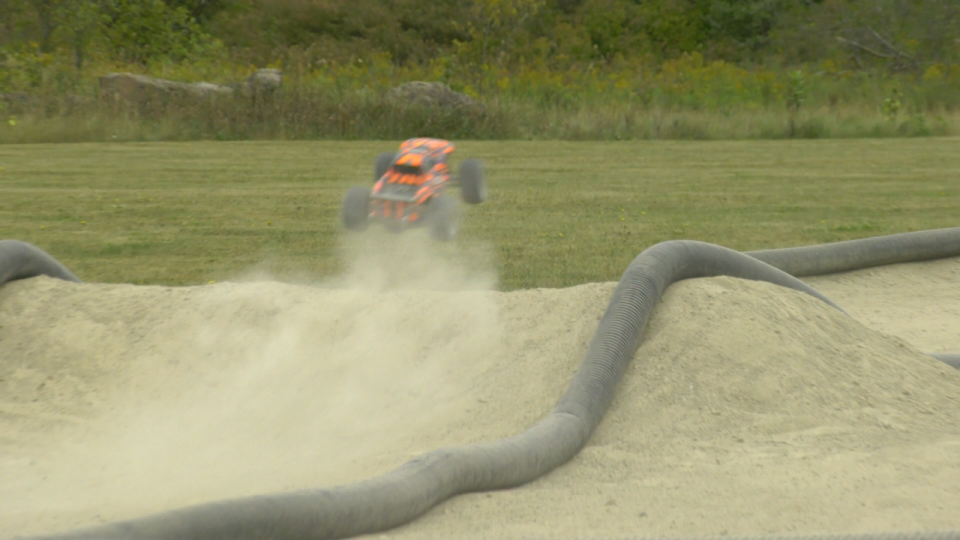 "I think last weekend on a Saturday there was 22 of us all together at the park, which, when we were building the park we went for weeks and never seen a soul, so we are happy to see it being utilized."

"I've got to give all the credit to councillor Eady; she's the one who came to the rec committee with the idea," Burrow said. "It took a little bit of convincing because it was way outside traditional recreation for a municipality, but I was pretty proud that everybody got behind it."

"There was a grandfather here with a couple of his grandkids and they had just got into it as a result of seeing the announcement about the track," said Burrow.

"We've got some guys that are pretty serious, they pull up with a pickup truck and they've got half a dozen cars in the back, air compressors, whole tool box full of parts and tools and everything so it runs the gamut," he added.

The track is free to race and Linton said it's not too expensive to get into the hobby.

He said the track fits will in the park as the RC cars aren't that noisy, and he's hoping to fundraise to get a stockpile of RC cars for kids to sign out.

"So everybody can get a chance to play. There won't be kids sitting here that want to play and can't," Linton said.

"Come out and maybe try one out, or borrow one and just get your hands on it and give it a little try," Linton added. "I'm sure people will enjoy it, it sure is fun to get out in the stands and get it going around a little race."

Even the mayor tried his hand at the controls, after 30 years of not using one. 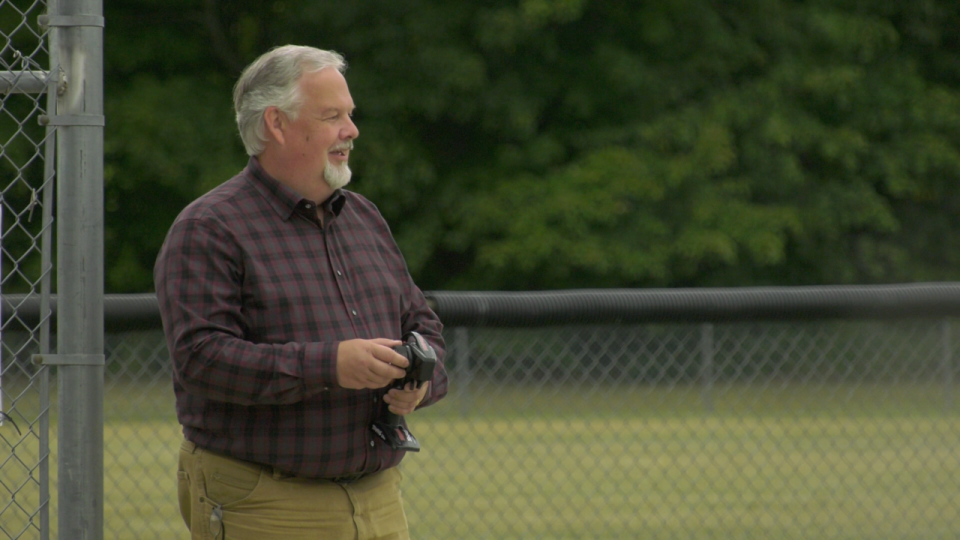 "I think I've got the itch again. I think I'm going to be reaching into my wallet and getting myself a car," Burrow said.

And while it looks easy to race around the course, it does take some practice and skill.

"It's just like playing golf. It looks real simple and when you get out there on the course. It's a big challenge," said Linton. "But it's a lot of fun, it really is."

The team has seen people from Ottawa and Smiths Falls show up to use the track, with expansion already a conversation.

"The goal is to get bigger and better obviously," said Eady. "We're going to try and do a crawler track next and then we're hoping that next year we can build an oval track."

"The thing is, why should we build what everybody else already has?" said burrow. "Doing the same thing over again and expecting different results, that's insanity. When Christina came to the rec committee with this great new idea we said ok, low cost and the worst is if it flops then we just come in with a skid steer, load it up, take it away and we're done."

"The reaction, it's been fantastic. I hope it keeps going. I think it's just going to grow and grow," burrow added.

"It makes me super proud, really happy," added Eady. "I'm really glad that it's come to where we wanted it to. There's actually more people here than I thought there would be."