Painting the town! Meet the Ottawa artist behind the memorable murals in the capital

To many, Lariviere is known as "FallDown."

Drawing and painting for 15 years now, he is the homegrown talent behind some of the city’s most well known murals.

Although he has plenty of colourful art across the city, Lariviere now likes to stick to black and white, saying it stands the test of time.

Among his most memorable works, this summer’s art installation for the U.S. Embassy on Sussex Drive. Ten five-by-five large illustrations that merge a Canadian city with one from the United States. New York City and Montreal being one of them. 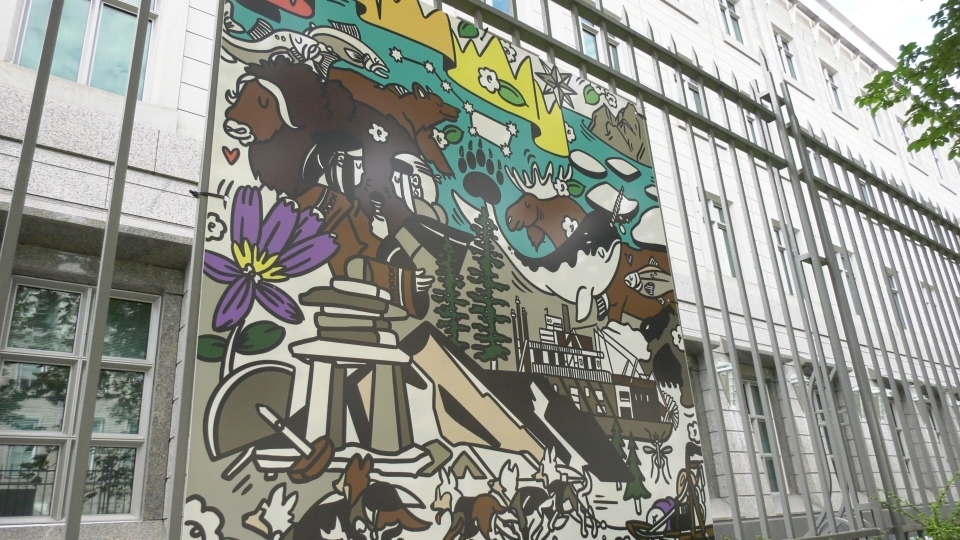 Another is an Archie Comics mural he did for Zak's Diner.

"Normally you see black work on white, but their walls were orange and it turned out really really well. A lot of good feedback and I mean, who doesn’t like Archie right," says Lariviere.

Kate Rutledge, GM of Zak’s Diner, says she loves what he was able to create for them. "He just had a tiny little picture, and he freehanded the whole thing and then it was done, it was amazing." 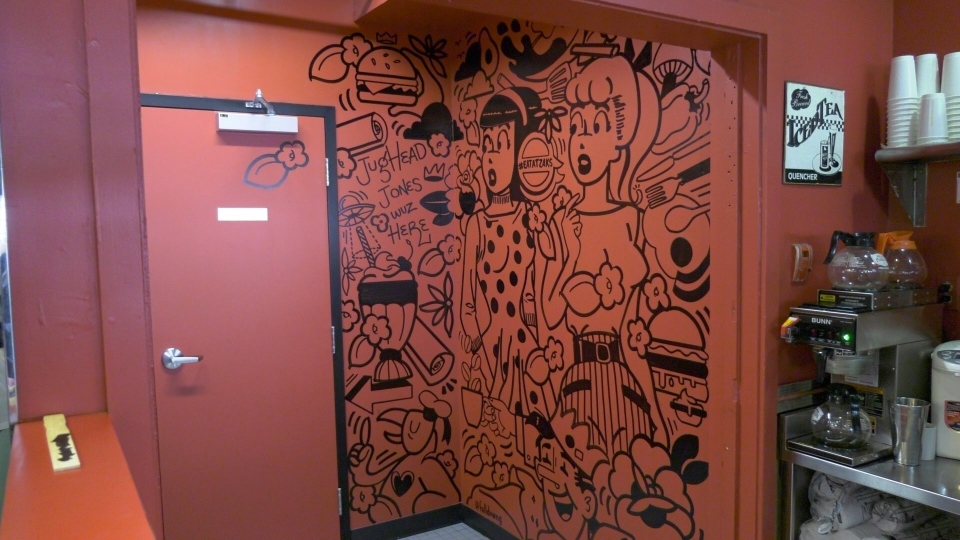 With business moving outside amid the COVID-19 pandemic, Lariviere’s art is in demand, but he still makes time for smaller projects too. Recently doing a Harry Potter inspired mural for a 10 year-old’s birthday.

Inspired by the vision of his clients, he starts with a sketch on paper, and the outcome is spectacular.

"There’s no main focus ya know. Your eyes can just wander and that is the beauty of it. You’ll stand there for 10 minutes just taking it all in," says Lariviere. "It's more about just wanting to paint and make a career out of it at this point. To do what you love everyday has been a dream."