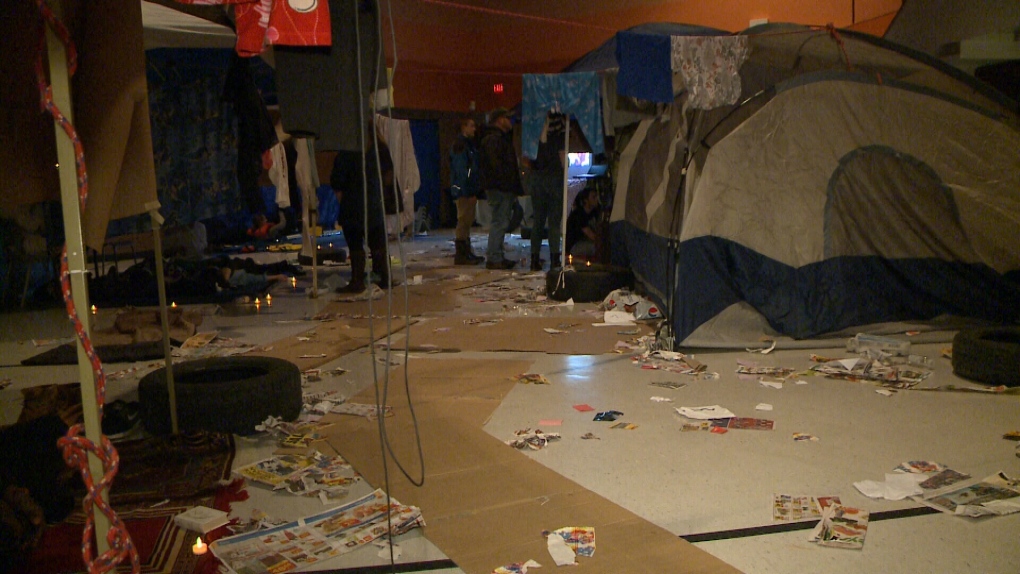 To the typical teenager, the Syrian refugee crisis probably seems a world away.

That may well apply to the typical adult, for that matter.

But for a group of students at Cairine Wilson Secondary School in Ottawa, the struggles of life in a refugee camp hit a little closer to home. They organized a mock refugee camp right in the school’s cafeteria, and opened it to the public Thursday evening.

They set up a handful of tents, with each tent representing a specific struggle faced by refugees. One was a makeshift field hospital showing the lack of proper medical care, another was a small, open-air classroom, yet another a simple eating area. At each station, students presented a short vignette outlining the hardships of life in the camp. “We wanted to show and help in a way that not only educates people but moves them,” explains student, and the project’s founder, Ayman Ahmad.

Conceived, researched and organized entirely by the students, the project was their way to raise awareness of and donations for Syrian refugees.

But it also became an ideal way for the students themselves to learn more. “They're learning the reality of the situation,” says Todd Kelly, a teacher at the school. “And they're learning that, far from the comforts of Canada there are people around the world that don't have the privileges of even having a home."

“Even if you've been organizing this, you learn something new every time you walk through," says student Sibyl Hayes.

Money was raised for two causes. One is the Humanitarian Coalition, to help with relief efforts overseas. The other is a little closer to home. The teens want to help fellow students – Syrian refugees – now living and attending high school in Ottawa.

While the students had the luxury of packing up their camp and going home, the experience could stay with some of them a lot longer. “Well it's definitely moved me to want to help people,” says Ahmad. “It's helped me choose a career path. I'm hoping to go work with Doctors Without Borders in order to help people."