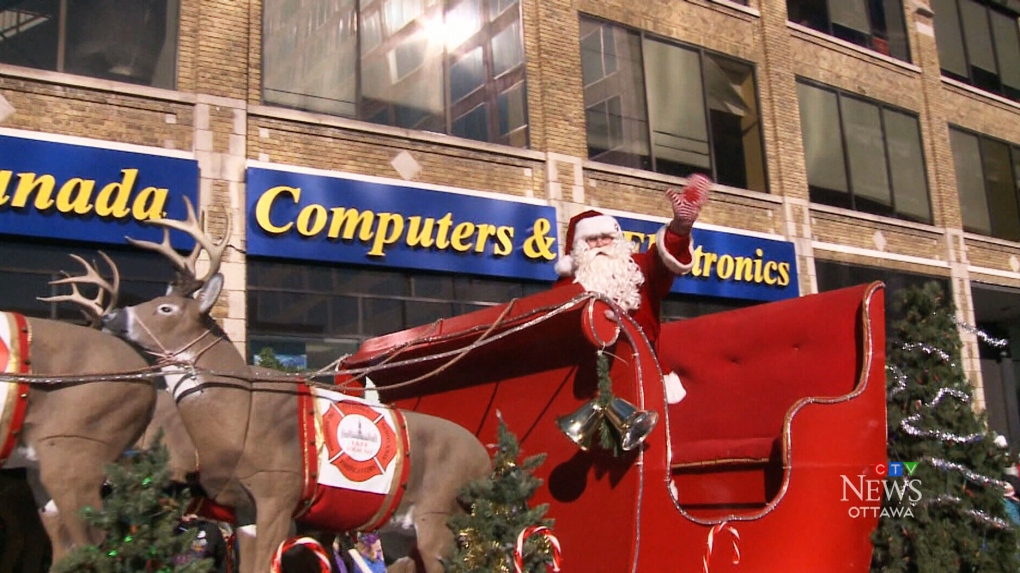 OTTAWA -- For the first time in more than 50 years, there will be no Santa Claus parade in Ottawa.

The Ottawa Professional Fire Fighters’ Association, which has organized the Help Santa Toy Parade every year since 1969, says the 2020 edition is cancelled due to COVID-19.

“We do not take this decision lightly,” organizers said in a news release. “But as professional firefighters our first duty is to the protection of the city and its citizens.”

Thousands of people typically attend the parade, with organizers collecting toys along the parade route to distribute to children in need.

Organizers say they will still be working to provide toys for children through selling branded face masks and accepting donations online.